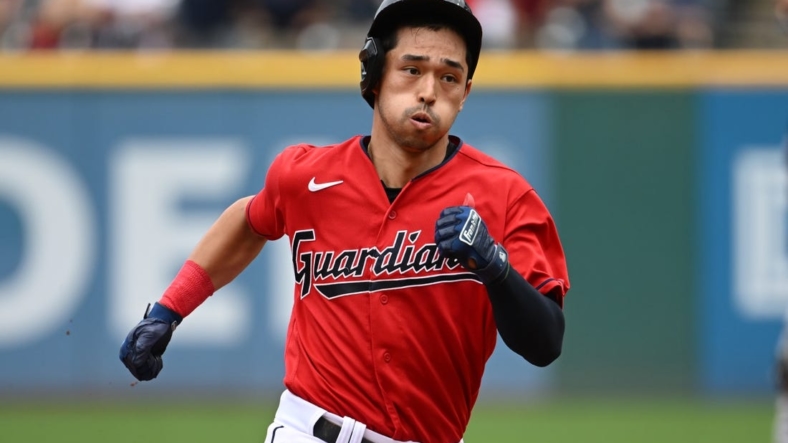 Steven Kwan went 2-for-4 with a triple, an RBI and a run scored, while Myles Straw tripled and scored three runs for Cleveland (80-67), which extended its American League Central lead to four games over the idle Chicago White Sox and seven games over the slumping Twins (73-74).

Rosario, Naylor, Jose Ramirez and Andres Gimenez also had two hits for the Guardians, who open a three-game series with the White Sox on Tuesday at Chicago.

Cal Quantrill (13-5) improved to 13-0 in 42 career games and 32 starts at Progressive Field, allowing three runs on nine hits over 5 1/3 innings. He walked one and struck out two. Quantrill has won his last nine decisions going back to July 11.

Nick Gordon homered with two hits and two RBIs, while Carlos Correa and Gilberto Celestino also had two hits for Minnesota, which lost for ninth time in its last 10 games against Cleveland. Sonny Gray (8-5), who left after two innings with right hamstring tightness, allowed four runs on five hits. He walked one and struck out one.

Cleveland jumped out to a 3-0 lead in the first inning on Naylor’s 18th homer of the season, a 413-foot three-run blast to right driving in Kwan and Ramirez who had both singled.

The Guardians increased their lead to 4-0 in the second when Straw walked and scored on Kwan’s triple to right.

Minnesota cut it to 4-2 in the fourth on an RBI single by Gordon followed by a run-scoring fielder’s choice by Gio Urshela.

Gordon cut the Twins’ deficit to a run in sixth when he led off with his ninth homer of the season. The Twins loaded the bases with one out later in the inning but reliever Nick Sandlin escaped the jam when pinch-hitter Mark Contreras lined into a double play.

Cleveland extended its lead to 7-3 in the sixth on Rosario’s 11th homer of the season, a three-run blast to left field.

Minnesota closed to 7-4 in the seventh when Luis Arraez was hit by a pitch to open the inning, advanced to third on a single by Correa and scored on Jose Miranda’s double-play grounder.

The Guardians broke the game open with four runs in the eighth off Twins reliever Jorge Lopez. Maile led off with his third homer of the season, while Ramirez and Andres Gimenez each added RBI singles. A fourth run scored on a Lopez wild pitch.