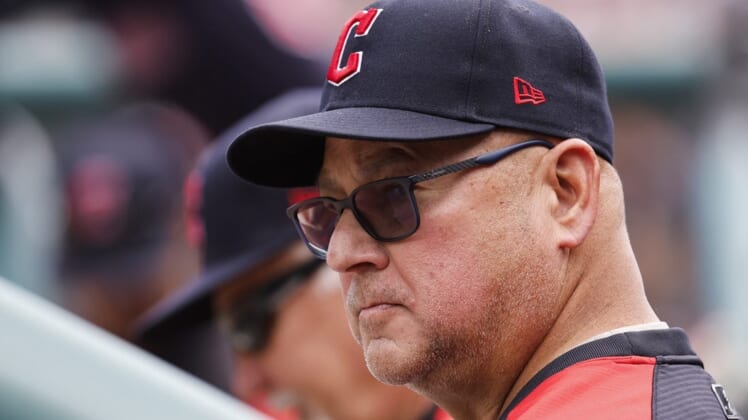 Amed Rosario drove in two runs, Triston McKenzie gave up one run over six innings and the visiting Cleveland Guardians finished off a three-game sweep of the Colorado Rockies with a 4-2 victory at Denver on Thursday.

Emmanuel Clase recorded the final three outs to pick up his 14th save for Cleveland. The Guardians are now perfect after three games of a nine-game, three-city road trip and have won four consecutive games, along with seven of their last eight.

Brian Serven and Connor Joe each had four hits in the defeat, while Charlie Blackmon finished with two as Colorado lost for the fifth time over its last seven games.

Cleveland went in front for good in the second inning. With one out, Andres Gimenez singled and Owen Miller followed with a ground-rule double down the right-field line to put runners on second and third. Gimenez scored the game’s first run on a groundout by Richie Palacios.

Austin Hedges drove in Miller with a single to left, moved to third when Yonathan Daza dropped Steven Kwan’s pop fly to left and scored on Rosario’s single to make it 3-0.

Colorado got a run back in the fifth inning when Serven led off with a triple to right and scored on Joe’s single. It was the only run Colorado got off McKenzie (4-5), who struck out seven.

The Guardians answered in the seventh off reliever Lucas Gilbreath.

Kwan led off with a single and advanced to third when Gilbreath’s pickoff attempt went over the head of Joe at first base. Kwan then scored on Rosario’s sacrifice fly.

The Rockies had a chance for a big inning in the bottom of the seventh off reliever Bryan Shaw. Serven and Joe led off with singles, while Blackmon walked to load the bases with no outs. Eli Morgan relieved Shaw and minimized the damage to a one-out sacrifice fly by C.J. Cron.

Colorado mounted a rally in the ninth against Clase. Serven and Joe again led off with singles, with Serven going to third on Blackmon’s deep fly out to center. Clase then got Brendan Rodgers to hit into a game-ending double play.