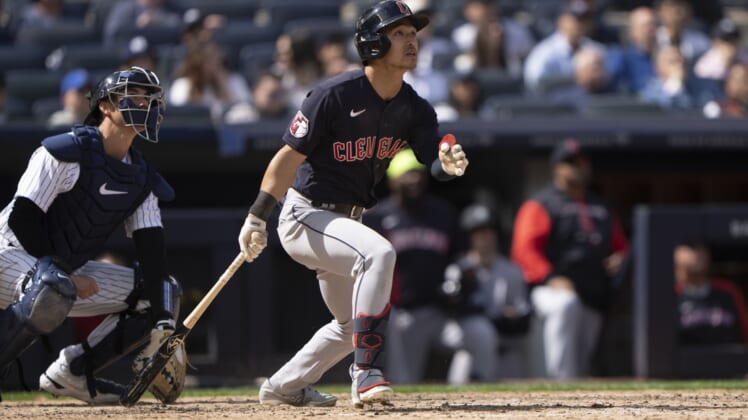 Kwan was replaced by Ernie Clement after his second at-bat in the third inning and was 0-for-2. He is batting .341 (15-for-44) with no homers and seven RBIs this season.

On Saturday, Kwan crashed into the video board in front of the left field fence trying to catch a flyball by Isiah Kiner-Falefa that went over his head for a game-tying double in the ninth inning.

After crashing into the fence, fans in the left-field seats began yelling at him and center fielder Myles Straw scaled the fence to confront the fans for heckling Kwan when he was being attended to.