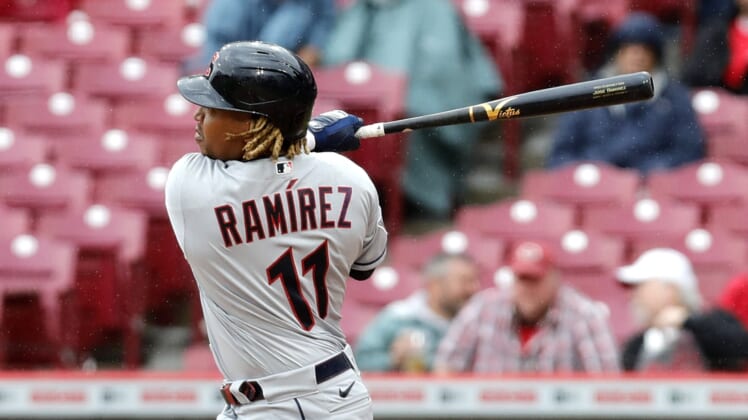 The Cleveland Guardians announced a previously reported extension Thursday for third baseman Jose Ramirez that will keep him in town through the 2028 season.

The Guardians did not divulge financial terms of the seven-year deal, but multiple reports said Ramirez will earn a grand total of $150 million. ESPN reported last week that the contract includes a full no-trade clause.

We have signed 3B José Ramírez to a 7-year contract through the 2028 season.

Cleveland is in transition with the 29-year-old Ramirez viewed as a building block. He has begun his 10th season with the franchise.

“Jose has been such an integral member of our organization and will continue to be a cornerstone of our club moving forward,” Cleveland president of baseball operations Chris Antonetti said in a news release. “Jose has established himself as one of the best players in the game, and beyond that, he’s an incredible competitor and teammate. He exemplifies the attributes and qualities we seek to develop in our players, and he sets an admirable standard for others to strive toward. We deeply appreciate the commitment that Jose has made to our team, franchise and city, and we look forward to building our future clubs around him.”

A lifetime .280 hitter, Ramirez has 166 home runs and 554 RBIs in 986 career games with Cleveland. The three-time All-Star and three-time Silver Slugger finished second in American League MVP voting in 2020 and third in 2017 and 2018.