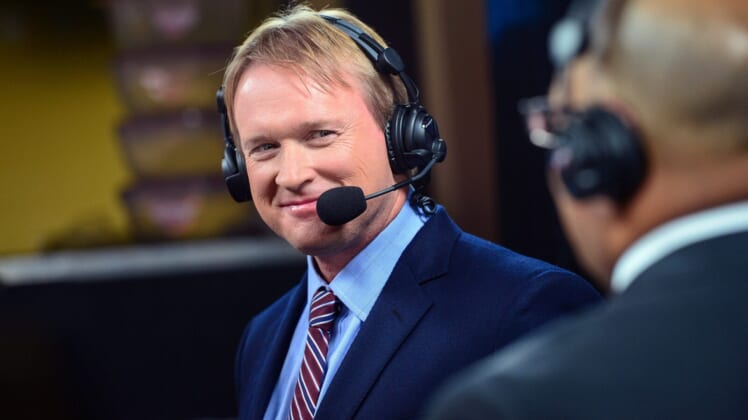 Reports today indicated Jon Gruden will be named the new head coach of the Oakland Raiders at a press conference Tuesday. ESPN’s Adam Schefter has reported Gruden will receive a 10-year contract worth nearly $100 Million to rejoin the team that last traded him to Tampa Bay.

If true, it would be the longest coaching contract in the history of the National Football League.

Raiders are giving new head coach Jon Gruden a 10-year contract, the longest coaching deal in NFL history, sources tell ESPN. The deal is likely to be worth about $100 million.

Since the Las Vegas Raiders Report first broke the story last Friday evening, the whirlwind of a week for the Raiders will culminate in a press conference on Tuesday to welcome “Chucky” back to the Silver and Black. Gruden has confirmed his candidacy and, according to our sources, has been working on assembling a coaching staff the past two weeks.