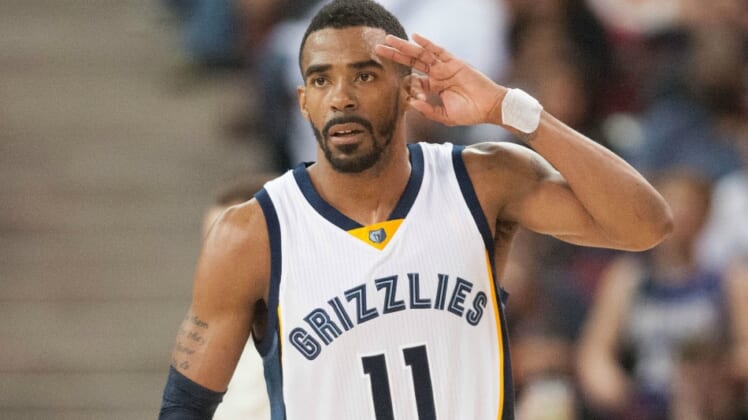 Memphis Grizzlies star Mike Conley has been traded to the Utah Jazz ahead of the 2019 NBA Draft, per Shams Charania of The Athletic.

Conley had been on the trade block, as Memphis is reportedly eyeing Ja Morant with the No. 2 overall pick. This trade is clearly geared toward helping the Grizzlies get younger and rebuild the roster long term.

A former No. 4 overall pick out of Ohio State back in 2007, Conley has spent his entire career in Memphis. He’s consistently been the franchise’s most recognizable star, so this is a huge move that signals a new era is coming.

Over the course of his 12-year career, Conley has averaged 14.9 points and 5.7 assists per game. He will be a valuable player for Utah next year.