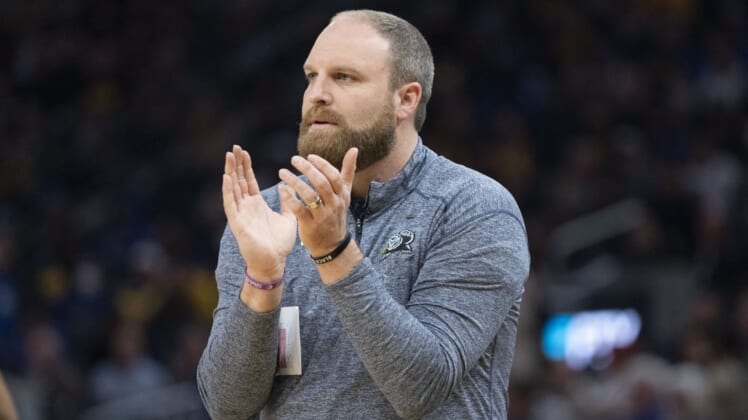 The Memphis Grizzlies signed coach Taylor Jenkins to a multi-year extension on Monday. Terms were not disclosed.

Jenkins, 37, was runner-up for 2021-22 NBA Coach of the Year honors after leading Memphis to the No. 2 seed in the Western Conference.

“Taylor has done an outstanding job leading our team and this extension is well-deserved,” general manager Zachary Kleiman said in a news release. “The year-over-year progress under Taylor speaks for itself, but his growth-oriented, selfless and competitive approach has been a driving force in the establishment of a sustainable culture. We have full confidence that Taylor will steer us to Memphis’ first championship.”

Overall, Jenkins is 128-99 in the regular season and 7-10 in the postseason with Memphis. The Grizzlies lost to the Golden State Warriors in this year’s Western Conference semifinals.