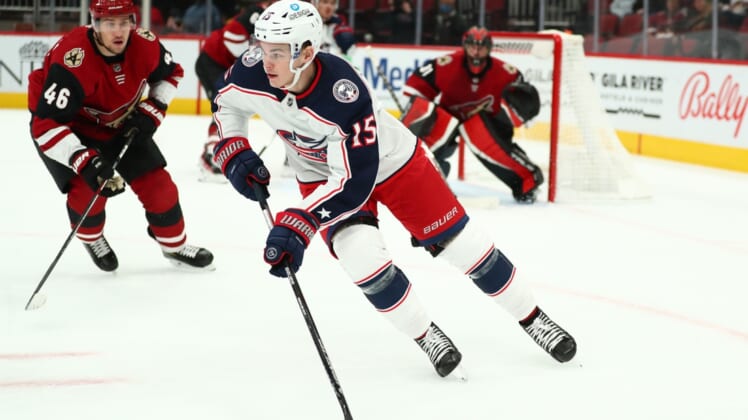 Gregory Hofmann is reportedly poised to sign a one-year deal with Swiss team EV Zug once he is granted his release by the Columbus Blue Jackets.

Columbus suspended Hofmann on Monday after he decided to remain in Switzerland with his wife and newborn baby girl. He was given an excused leave of absence but decided against returning, not wanting to be apart from his family.

The Blue Jackets are expected to release Hofmann this week.

The 29-year-old Hofmann has seven points (two goals, five assists) in 24 games this season. He last appeared for the Blue Jackets on Dec. 14.