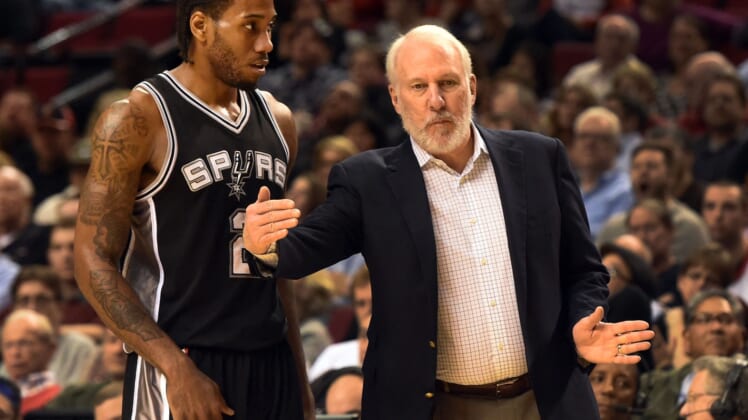 For the first time since forcing a trade from the Spurs prior to the 2018-19 season, Toronto Raptors star Kawhi Leonard is set to return to San Antonio.

One of the season’s most-anticipated games will take place on Thursday and promises to bring a combination of emotions.

When asked about whether he thinks Spurs fans will boo Leonard after what was a drama-filled 2018 calendar year between the MVP candidate and his former team, head coach Gregg Popovich had this to say.

“I don’t speak for other people, but I hope that they treat everybody with kindness and respect. We always have in the past, so we’ll see,” the championship head coach said, via Michael Grange of Rogers Sportsnet.

Spurs fans have been among the most respectful in the Association. They always seem to take a page from Pop’s book.

Even then, the conclusion of Leonard’s stay in San Antonio didn’t paint the All-Star in the best of lights. It’s in this that we’re certainly expecting at least a scattering of boos at AT&T Center in San Antonio Thursday evening.