Greg Norman not invited to Open festivities over LIV ties 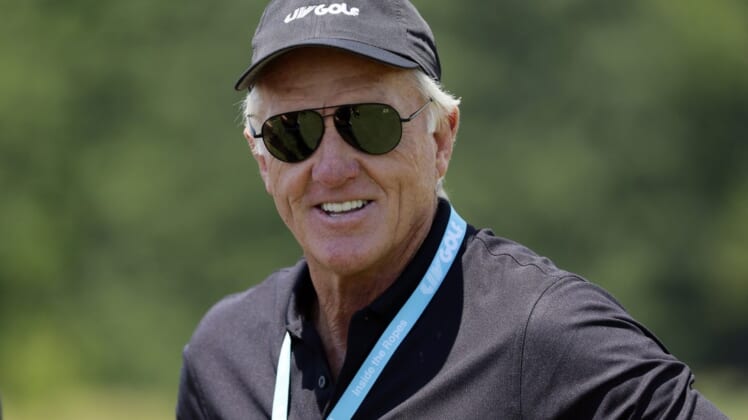 The R&A isn’t inviting Greg Norman, a two-time winner of the Open Championship, to take part in festivities next week celebrating the tournament’s 150th anniversary because of his involvement with the LIV Golf Series.

As a result, he won’t be playing in the Celebration of Champions event on Monday or attending a dinner for champions later in the week.

“We can confirm that we contacted Greg Norman to advise him that we decided not to invite him to attend on this occasion,” the R&A said in a statement distributed Saturday. “The 150th Open is an extremely important milestone for golf and we want to ensure that the focus remains on celebrating the Championship and its heritage.

“Unfortunately, we do not believe that would be the case if Greg were to attend. We hope that when circumstances allow, Greg will be able to attend again in the future.”

As its CEO, Norman is the public face of the controversial Saudi Arabia-funded LIV series, which has lured players with promises of big paydays and a lighter tour schedule. Bryson DeChambeau is among the players to abandon the PGA and DP World tours, and he said he received north of $125 million to do so.

“I’m disappointed. I would have thought the R&A would have stayed above it all given their position in world golf,” Norman told Australian Golf Digest. “(It’s) petty, as all I have done is promote and grow the game of golf globally, on and off the golf course, for more than four decades.”

While the tours suspended players who jumped to the LIV series, the R&A previously said they would be allowed to compete in the Open.

Norman already had been denied an exemption to play in the Open, the Golf Channel reported. Because he is over 60, his automatic entry as a past champion had expired.

Norman, a 67-year-old from Australia, won the tournament in 1986 at Turnberry in Scotland and in 1993 at Royal St. George’s in England. This year’s tournament begins Thursday at the Old Course at St. Andrews in Scotland.