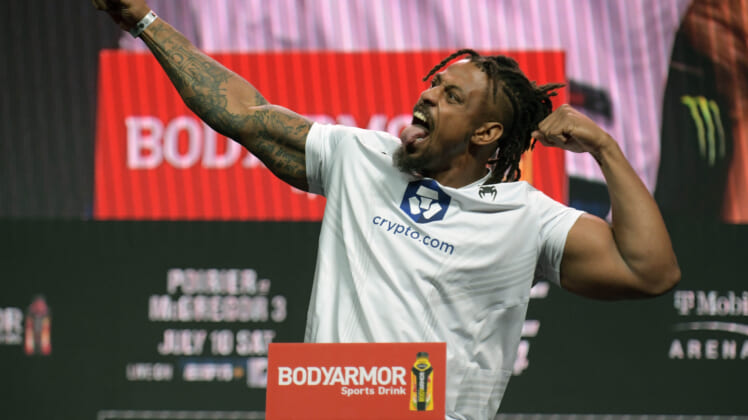 On Wednesday, Bare Knuckle Fighting Championship announced the addition of the former Carolina Panthers and Dallas Cowboys linebacker via a press release. The switch to bare-knuckle boxing follows a four-year stint in mixed martial arts that saw Hardy compete twice for the prospect-driven promotion Dana White’s Contender Series, and on 10 occasions in the UFC.

“I’m excited to start working with Greg, he’s a tremendous athlete with quickness and incredible strength as he’s shown in the UFC and NFL. He wants to test himself in bare-knuckle and has been training for a fight for the last couple of months,” BKFC President David Feldman said in a statement. “Heavyweight is one of our deepest divisions and his skill set fits right in. We’ll announce the date, location, and his opponent shortly.”

After earning a UFC contract, to the chagrin of many MMA fans, in just three fights Greg Hardy had a peculiar run in the organization. He lost his 2019 debut by disqualification from using an illegal knee. He followed that up with two impressive first-round knockout wins, and then a third consecutive victory overturned to a no-contest after he illegally used an inhaler during his bout against Ben Sosoli.

By the end of his first year in the UFC, he was seen as a developing MMA talent with world-class athleticism and a great deal of potential. But then he was given the stiffer competition in the UFCs heavyweight division and the losses started to pile up. He would go on to lose four of his next six, including three straight knockout defeats to end his run in the promotion.

Following his March loss to Sergey Spivak, Hardy was removed from the UFC roster page and later confirmed he was no longer with the organization. Considering his raw power, and speed for his size, he may be a strong addition to the BKFC roster as they continue to grow the sport of bare-knuckle boxing.

However, just like his career in the UFC, the run-ins with the law that derailed his NFL career will continue to follow him into his venture with BKFC.

In 2015, Hardy was arrested for assaulting his then-girlfriend. That was followed by another arrest the next year for cocaine possession.

The 33-year-old was drafted by the Panthers in 2010 and played five seasons with the team before finishing his football career with the Cowboys in 2015. In his 75 total games played, he compiled 238 tackles and 40 sacks.