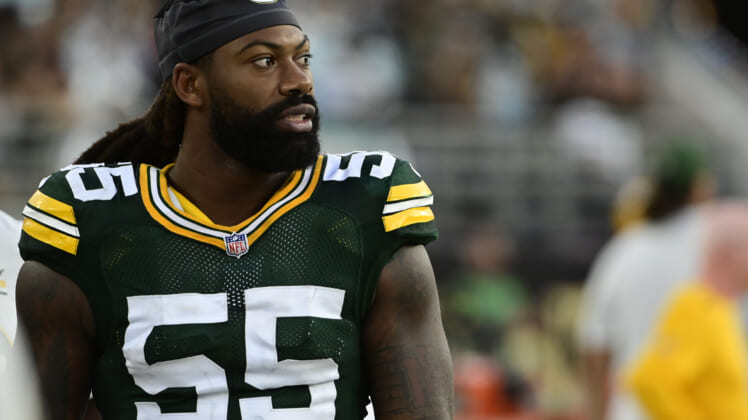 Green Bay Packers edge rusher Za’Darius Smith is expected to return for the NFL playoffs, giving the Super Bowl favorite an even bigger boost as they enter their first-round bye.

Smith, a two-time Pro Bowl selection, missed almost the entire regular season due to a back injury. He only played 19 snaps in the Week 1 opener before undergoing surgery on a herniated disc days later. Initially, many believed he would miss the entire NFL season.

But the 29-year-old pass rusher continued to make progress in his recovery with Green Bay holding out hope he could return for the playoffs. With Jaire Alexander and David Bakhtiari already expected back, the news got even better for the Packers this week.

According to NFL Network’s Ian Rapoport, Smith received full clearance to return to practice this upcoming week. He’s expected to be designated to return from injured reserve on Tuesday, allowing him to be on the practice field with his teammates for the first time since undergoing surgery.

The Packers were already entering the playoffs with one of the best defenses in the NFL. Plenty of the credit for that success belongs to Green Bay’s pass rush, led by Kenny Clark, Rashan Gary and Preston Smith.

But Green Bay lacked depth at edge rusher. As a result, Smith and Gary either became less explosive as they became more tired or the Packers had to use a far less effective third pass rusher like Jonathan Garvin (32 blitzes, 1.5 sacks).

Za’Darius Smith likely won’t be in peak shape, meaning his snaps will be more limited than in past seasons. But him replacing Garvin allows defensive coordinator Joe Barry to have far more options and he can become more creative with his blitzes.

Combine that with the return of Alexander, one of the best cornerbacks in 2020, and the Packers become an even better team than we saw during the regular season.