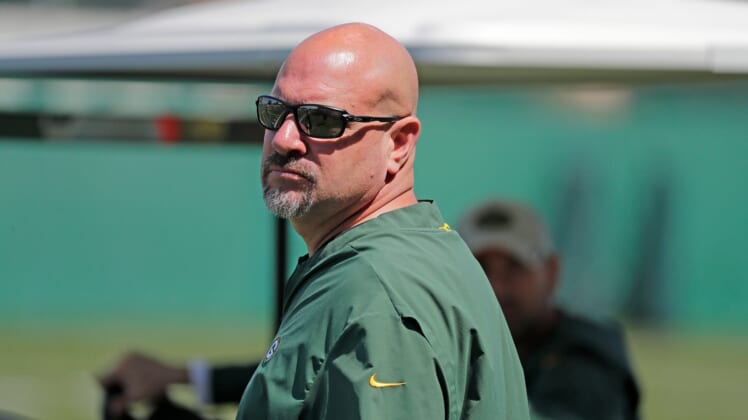 The Green Bay Packers will be parting ways with embattled defensive coordinator Mike Pettine in advance of the 2021 season.

Pettine won’t return to Green Bay after three seasons calling the shots on defense. He was retained as part of Matt LaFleur’s staff when the young head coach took over for Mike McCarthy prior to the 2019 campaign.

The Packers played well enough on defense to make it to the NFC Championship Game two consecutive times under Pettine’s watch. Unfortunately, his unit had enough key lapses on the big stage to justify his being let go.

In last year’s NFC title clash against San Francisco, Green Bay yielded 285 yards rushing in a 37-20 loss. Just last weekend against the Tampa Bay Buccaneers, it was a coverage call near the end of the first half by Pettine that led to a long touchdown pass from Tom Brady to Scotty Miller.

The baffling play call played a huge part in the Bucs beating the Pack 31-26 at Lambeau Field to advance to Super Bowl LV.

Based on how livid LaFleur appeared to be with Pettine on multiple times during game days over the past couple seasons, it’s not too surprising that the defensive coordinator was let go. However, it’s fair to question whether Green Bay’s front office did enough to help Pettine do his job.

It’s obvious the Packers front seven needed help after getting gashed on the ground by the 49ers last season. Instead of acquiring any high-impact defenders in free agency or drafting a difference-maker on that side of the ball, general manager Brian Gutekunst opted to trade up in the first round of the 2020 NFL Draft to select Aaron Rodgers’ hopeful successor, Jordan Love.

Rodgers went on to have an MVP-level year this season, and as it turned out, continuity in Year 2 of the LaFleur era helped paper over some of the missed opportunities Gutekunst and Packers leadership had to improve the roster.

Pettine’s defense ranked seventh in passing yards allowed thanks to a stout secondary that executed well, and placed in the NFL’s top 10 in sacks with 41.

If not for the baffling call with seconds remaining on the clock in the Conference Championship Round, Pettine would’ve likely been coaching alongside LaFleur in the Super Bowl against the Kansas City Chiefs. That’s the fine line many coaches walk in the NFL, and Pettine was on the wrong side of things this time.

While Pettine wasn’t the abject disaster he’s made out to be as Packers defensive coordinator, perhaps a new voice to lead that side — along with noticeable reinforcements added this offseason by Gutekunst and Co. — will ultimately get Green Bay back to the Super Bowl stage.