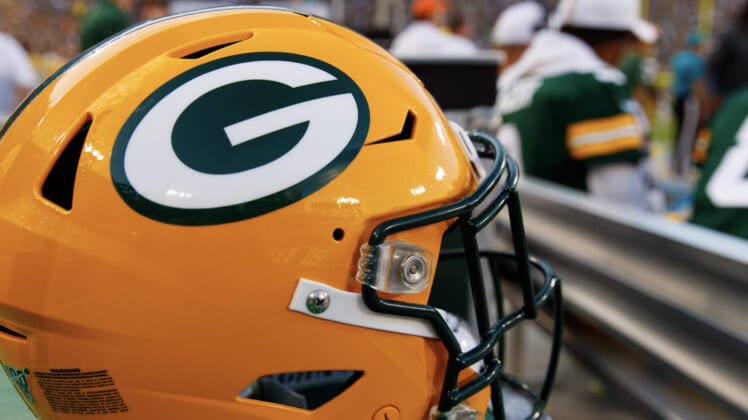 We’re going offense-heavy in this 2020 Green Bay Packers mock draft, ladies and gentlemen, and trades had a lot to do with it.

Right off the bat, I have the Packers trading up to No. 19 overall (Las Vegas Raiders) in a deal that cost the team its first-rounder (No. 30 overall), its second-round pick, and a fourth- and sixth-round pick. An expensive deal, to be sure, but Green Bay had plenty of capital in the back end that allowed for a few other trades in the middle of the draft.

Aaron Rodgers will be able to do quite a bit with the talent we’ve got the Packers taking in this mock draft. The defense got a couple of additions as well to bolster the front seven.

I’ve been a huge fan of Denzel Mims the past couple of years at Baylor. An athletic marvel who creates a ton of separation with rare quickness and agility, Mims can also make some of the most absurd catches you’ve ever seen (like this). What he did at the Combine in February only further solidified what this young receiver put on tape — he’s going to be a dynamo at the NFL level.

Given Aaron Rodgers’ precision as a passer, Mims’ ability to get open will lead to a ton of opportunities for Green Bay to get explosive plays in the passing game. It will also give Davante Adams more chances, because defenses won’t be able to double and triple him as much. Just a tremendous weapon for the Packers that should be just what the doctor ordered to revitalize Rodgers’ career.

In our mock draft, the New England Patriots wanted to move up six spots, and in return the Packers landed the 19th overall pick in Round 4. Stunningly, Cesar Ruiz was still on the board, and while center isn’t exactly a glaring need for Green Bay, this represents a potential coup.

Ruiz has been projected by some as a potential late-first-round pick. He’s that good. An absolute mauler in the run game, he can also play guard and would challenge for a starting spot in the middle of Green Bay’s offensive line immediately as a rookie.

Note: Trade with Redskins, via Jaguars

Clyde Edwards-Helaire is an absolute stud. This pick has nothing to do with “need.” As you know, Packers running back Aaron Jones is a star, and he’s going to be the starter in 2020. Period.

The reason why Edwards-Helaire is such an intriguing pick here is that he’s incredibly dangerous as a receiver. The Packers could easily utilize him as a slot receiver, or they could go with a backfield that features both Jones and the rookie out of LSU. Again, we’re looking to provide the Packers’ offense with jet fuel. This pick would absolutely do that.

The second fourth-round pick acquired in the trade with Jacksonville turns out to fill a big need for the Packers. The jury is still very much out on last year’s third-round pick, Jace Sternberger, and veteran Marcedes Lewis isn’t a great pass-catching threat.

Thaddeus Moss, son of NFL Hall of Famer Randy Moss, is a tremendous receiver, even if he doesn’t have the same explosive athleticism his father did. He is also a very good run blocker and could quickly become a versatile chess piece for Matt LaFleur.

Green Bay invested heavily on defense last year, but the team still needs to upgrade its linebacker group. This late in the draft is the perfect time to select a project with upside. That certainly describes Penn State product Cam Brown, who possesses tremendous speed and athleticism but who might need a year or two in an NFL weight room to live up to his potential. At the least, he’d be a valuable special teams contributor as a rookie.

A veritable tackling machine at Cal Berkeley, Evan Weaver is a limited athlete who racked up 181 total tackles and 103 of them were solo last year. He didn’t wow at the 2020 NFL Scouting Combine, which fits what you see on tape. But he’s an instinctive linebacker who showed the ability to make plays behind the line, tallying 23.5 tackles for a loss and 8.5 sacks during his college career.

In our mock draft, we’re going with some elite NFL bloodlines. Jon Runyan is the son of former NFL left tackle Jon Runyan, and the second Michigan offensive lineman, taken by Green Bay. Though he’s not an elite athlete, Runyan is definitely worth the look as a seventh-round pick, especially given Green Bay’s need to upgrade the offensive tackle position.