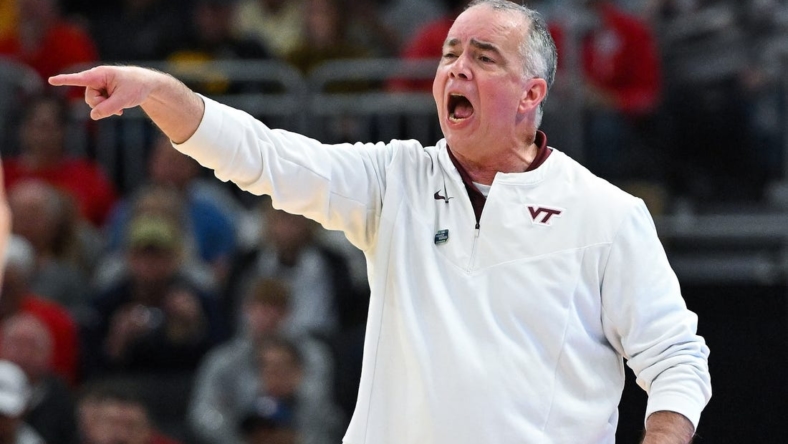 In his Virginia Tech debut, Grant Basile looked like a perfect fit for his new team as he tallied 30 points and 10 rebounds to propel the Hokies to a 95-57 romp over Delaware State on Monday night in Blacksburg, Va.

The game was the season opener for both teams.

Sean Pedulla added 18 points and eight assists, while Darius Maddox contributed 14 points for the Hokies, who pulled away midway through the first half.

Pedulla hit 5 of 8 tries from beyond the arc as the Hokies picked up where they left off last year as the third most accurate team from long distance in Division I with a 39.2% success rate.

On Monday, the Hokies made 14 of 28 shots from beyond the arc (50%) and shot 55% from the floor overall. Tech committed just one turnover in the first half.

Basile, a 6-foot-9 graduate transfer who averaged 18.4 points per game last year at Wright State, flashed his inside/out versatility as he made 6 of 9 shots from beyond the arc and 6 of 7 shots from inside the line.

Virginia Tech was without versatile Justyn Mutts, who led the Hokies in rebounds, assists, steals and blocks last year. Mutts was suspended one game for participating in an unsanctioned pre-draft evaluation event.

Delaware State had an early 8-5 lead but Virginia Tech went on a 24-6 run fueled by two 3-pointers each by Pedulla and Basile.

In the final two minutes of the first half, Basile added two more 3-pointers as the Hokies pushed their lead to 56-31.

On six occasions in the second half, the Hokies pushed their lead to 40 points. Lynn Kidd finished with eight points and 10 rebounds, doing most of his damage after intermission.