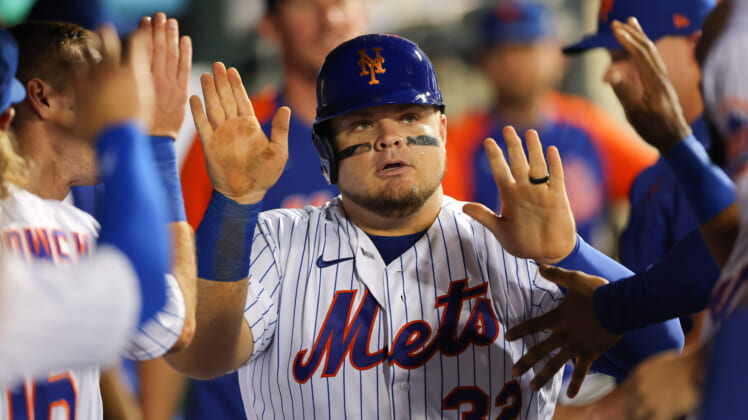 The New York Mets are in their best position to reach the World Series since their last trip in 2015. That is why fans of the team hoped that the organization would swing some big moves at the MLB trade deadline and strengthen their chance to bring an MLB championship home to Flushing for the first time since 1986.

Yet, the team did not acquire a big-name talent like their crosstown rivals the New York Yankees were able to before the Aug. 2 deadline. However, while they may not have landed major targets like Willson Contreras, Luis Castillo, or JD Martinez, that doesn’t mean they did not fill needs and improve the team for the stretch run.

Let’s take a look at the various moves the New York Mets made in the lead-up to Tuesday’s trade deadline.

Pirates designated hitter and first baseman Daniel Vogelbach was the organization’s first major move before the deadline, and thus far he has been everything they can ask for. Upgrading the DH position was a priority for much of the season after the combo of JD Davis and Dominic Smith could not deliver in the role.

As a left-handed option, Vogelbach brings more balance to the lineup and offers some much-needed pop. In eight games he has a .286/.483/.381 slash line with seven walks and two doubles. He has been a benefit to the team so far and is one-half of their DH plan for the final two months of the season.

While Vogelbach is one part of the Mets’ DH strategy for the rest of the season, the flipside of that equation is Darin Ruf — one of the two players they acquired right before the deadline. As the eight-year veteran will serve as the right-handed alternative to Vogelbach.

While the 36-year-old’s 2022 stats don’t jump off the page, his splits against left-handed pitching should. Over 111 at-bats this season, he has a .252/.364/.523/.886 slash line and nine home runs against lefties. As one scout told SNY on Tuesday, the team now has a DH platoon that could be highly productive for them going forward.

“They’ve got a real nice DH combination now,” the scout said. “They both have good plate discipline, they take their walks, and they can do damage in their roles as platoon guys.”

Mychal Givens was the Mets’ final move of the 2022 MLB trade deadline. The organization needed to get reinforcements for the bullpen and Givens is that. Obviously, he is not a player the quality of other pitchers who were moved on Tuesday like David Robertson or Jorge Lopez, but he is still a solid arm who fills a need.

Nevertheless, by not landing an impact arm for the pen, the Mets now have to hope Adam Ottavino and Seth Lugo can be reliable in big games late, and Trevor May can return from the injured list and make a difference. 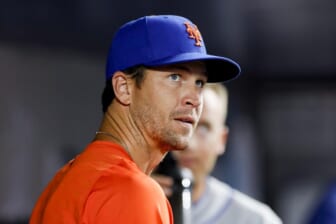 The acquisition of Tyler Naquin a few days before the deadline was a move to improve the Mets’ outfield depth, make second base Jeff McNeil’s primary position, and a sign of trust in the situation the team has at third base.

While third baseman Eduardo Escobar has had a strong season, he has struggled against righties. Now, utility man Luis Guillorme can move to a specific role in a platoon with Escobar at third, since he has been killing it against righties all season. That is a positive move.

While all the talk over the last week was about who would acquire young Washington Nationals superstar Juan Soto, the Mets saw the season debut of a player who could be just as impactful on the pitching side of things in Jacob DeGrom.

DeGrom returning and looking good in his five-innings against the Nationals can’t be understated. If he can stay healthy — a big if at this point — there is no acquisition that would make a bigger impact on the team’s division title and World Series hopes than DeGrom. His impending return may have swayed the team away from giving up top prospects in a trade because they know the difference the four-time All-Star could make for the stretch run. 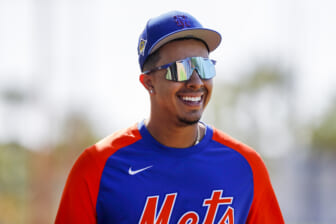 The New York Mets could have used more meaningful bullpen help and a power bat for the outfield, but they still made moves to address certain weaknesses and they definitely got better. Considering the fact they are already one of the best teams in baseball, the moves they made will surely help in their pursuit of a World Series trip.

However, adding that big bat or late-inning reliever would have pushed their deadline grade to an A instead of being a solid B+.