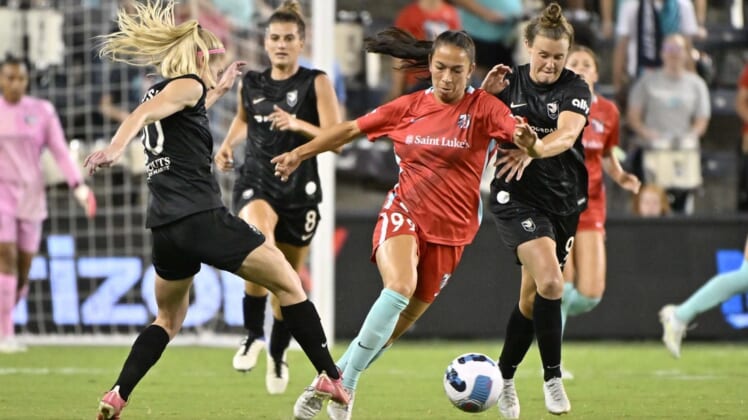 The return for Kansas City will either be OL Reign’s 2023 first-round draft pick or Gotham’s second-highest choice in that draft in addition to $200,000 in allocation money.

Pickett, 26, spent parts of two seasons in Kansas City after the Current made her the 15th overall pick in the 2021 draft. She recorded one goal and one assist in 35 regular-season games (30 starts) for Kansas City. The lone goal was a memorable one, as it provided the winning margin in the club’s first-ever victory, against OL Reign on Aug. 14, 2021.

“Victoria has been an amazing player for Kansas City, and we want to thank her for all that she has done for this club and community,” Current general manager Camille Levin Ashton said in a statement. “Victoria has an incredibly bright future, and we will always view her as part of the foundation which has become the Current.”

Pickett, a University of Wisconsin product, came up through the Canadian youth national team system. She has made three appearances for the senior Canadian national team, including one start.

Twelfth-place Gotham (4-11-0, 12 points) have lost six consecutive matches heading into a Sunday game against Angel City in Harrison, N.J. Fourth-place Kansas City (7-4-5, 26 points), which has won four of its past five games, plays host to the North Carolina Courage on Saturday.