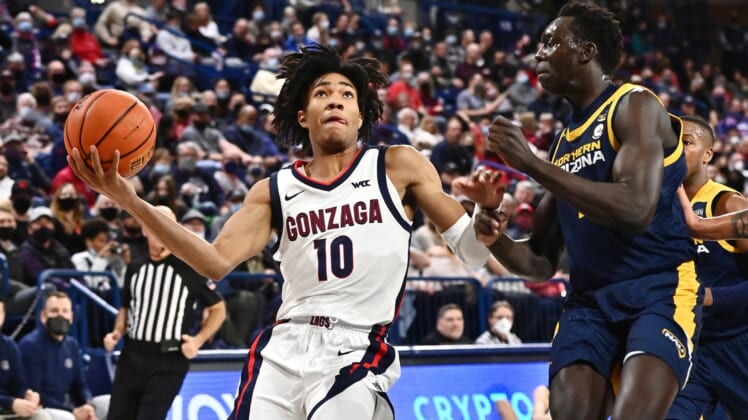 No. 4 Gonzaga’s West Coast Conference opener at San Diego will not be played Thursday due to COVID-19 protocol within San Diego’s program.

“The institutions will work with the West Coast Conference to reschedule the impacted game,” Gonzaga said in a statement Tuesday.

The Toreros announced that Saturday’s game against at Santa Clara also has been postponed.

Gonzaga is 10-2 overall after entering 2021-22 as the preseason No. 1. It lost to Duke and Alabama on neutral courts, while beating ranked opponents like Texas, UCLA and Texas Tech.

The Bulldogs last played Dec. 20 when they defeated Northern Arizona, 95-49.

In Gonzaga’s recent turn as a new blueblood of college hoops, the WCC portion of the schedule is typically softer, but BYU (11-3) has spent much of the season ranked in the Top 25 and San Francisco (12-1) is also receiving votes in the poll.