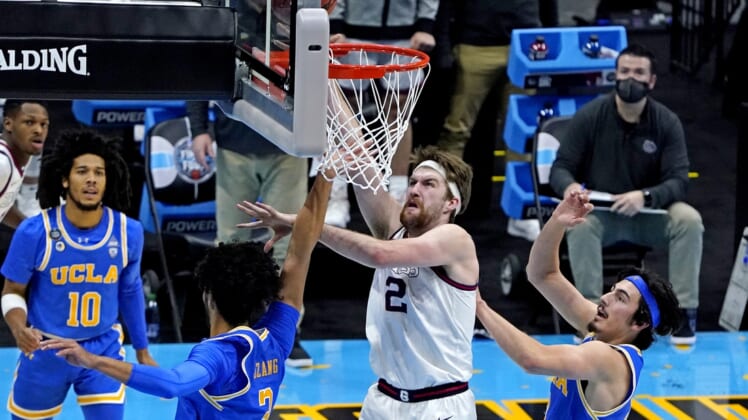 Just over six months removed from a classic showdown at the Final Four, Gonzaga and UCLA are atop the first Associated Press Top 25 men’s college basketball poll of the 2021-22 season.

Kansas, Villanova and Texas round out the top five teams, in that order. Michigan, Purdue, defending national champion Baylor, Duke and Kentucky fill out the top 10.

Gonzaga and UCLA engaged in a back-and-forth national semifinal on April 3 at Indianapolis, with the Bulldogs winning 93-90 in overtime on a half-court shot at the buzzer from Jalen Suggs.

The late heroics kept Gonzaga undefeated, but its run at a perfect season was upended by Baylor, 86-70 in the championship game.

Gonzaga returns Drew Timme and Andrew Nembhard, as well as a highly-regarded recruiting class to earn the No. 1 preseason ranking for the second consecutive season.

Gonzaga and UCLA are scheduled to meet Nov. 23 at Las Vegas.