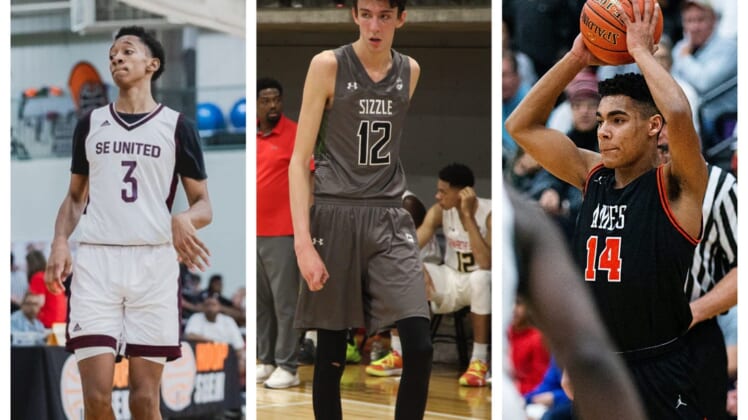 Minnesota high school All-American Chet Holmgren, the No. 1 recruit in the Class of 2021, will play at Gonzaga, he said Monday in a televised announcement on ESPN.

A 7-foot-1 center, Holmgren led Minnehaha Academy in Minneapolis to the Class 3A boys’ basketball state championship as a senior.

Holmgren is viewed as a versatile big man capable of handling the ball and shooting from 3-point range.

He attended the NBPA Top 100 in 2019 and averaged more than 10 points per game in the showcase. At 190 pounds, Holmgren has work to do in building an NBA-ready frame.

Gonzaga previously landed one of the top five recruits in the Class of ’21, five-star combo guard Hunter Sallis from Omaha, Neb.

Holmgren played in high school with Jalen Suggs, the freshman guard who was a key to Gonzaga’s run to the NCAA Tournament and runner-up finish earlier this month.