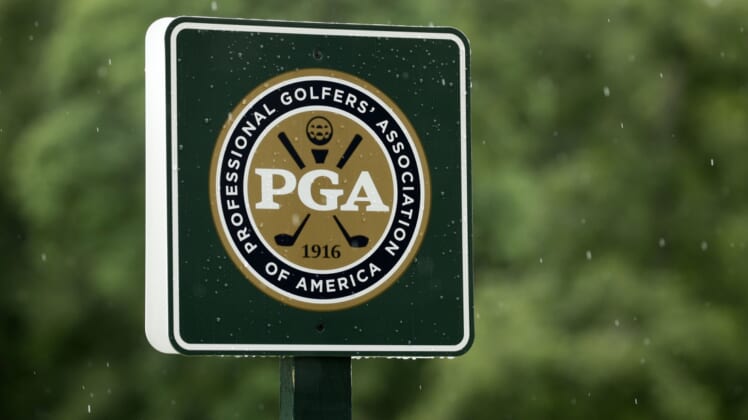 Aug 8, 2017; Charlotte, NC, USA; A view of the PGA of America sign on the 15th green during a practice round for the 2017 PGA Championship at Quail Hollow Club. Mandatory Credit: Rob Schumacher-USA TODAY Sports

Police continued their search Monday for the person who fatally shot golf pro Gene Siller and two other men over the weekend at a Georgia country club.

Siller was found unresponsive on the 10th green at Pinetree Country Club in Kennesaw on Saturday afternoon. Siller was pronounced dead at the scene with what Cobb County police said was an apparent gunshot wound to the head.

Two other men were discovered dead in the bed of the white Dodge Ram 3500 pickup that the suspect drove to the 10th green, per police. One of the men was identified as Paul Pierson, the registered owner of the vehicle. The unidentified suspect reportedly fled the area after shooting Siller, who apparently was investigating why the truck was on the course. 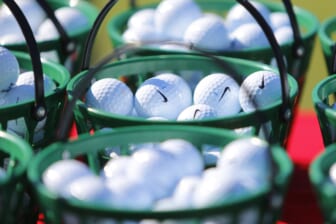 Siller, 41, director of golf at the club, leaves behind his wife and two children, ages 6 and 7.

“We are truly heartbroken to hear about the senseless murder that took place yesterday at Pine Tree Country Club in Georgia that took the life of PGA member Gene Siller,” PGA of America president Jim Richerson said in a statement. “PGA of America sends our thoughts, prayers and deepest sympathy to his family, club and the Georgia PGA Community.”