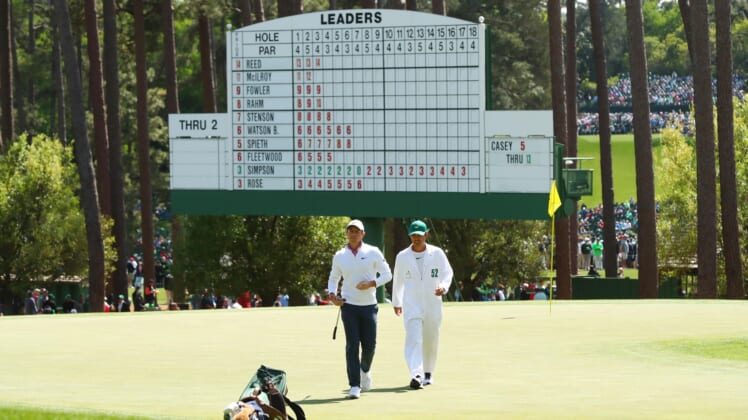 (Reuters) – The popular Par 3 contest normally held on the eve of the Masters will not be played next month since spectators will not be allowed at the event because of the COVID-19 pandemic, Augusta National Golf Club said on Tuesday.

The beloved exhibition, which began in 1960, has become one of the most endearing traditions at the Masters and is very much a family affair as golfers often have wives, girlfriends, children, grandchildren, nieces and nephews serve as caddies.

“The fun and excitement of watching Masters competitors with their friends and family is what makes the Par 3 Contest such a special part of Masters week,” Augusta National Chairman Fred Ridley said in a news release.

“We know that experience could not have been replicated without guests and patrons at Augusta National, and we eagerly anticipate the opportunity to bring back this signature tradition.”

Famously, no winner of the nine-hole event has ever gone on to triumph in the Masters the same year.

In 2017, the Par 3 contest was called off for the first time in its history because of inclement weather.

This year’s Masters, originally scheduled to be held in early April, was postponed to Nov. 12-15 because of the COVID-19 outbreak and will be held without spectators.

(Reporting by Frank Pingue in Toronto; Editing by Toby Davis)