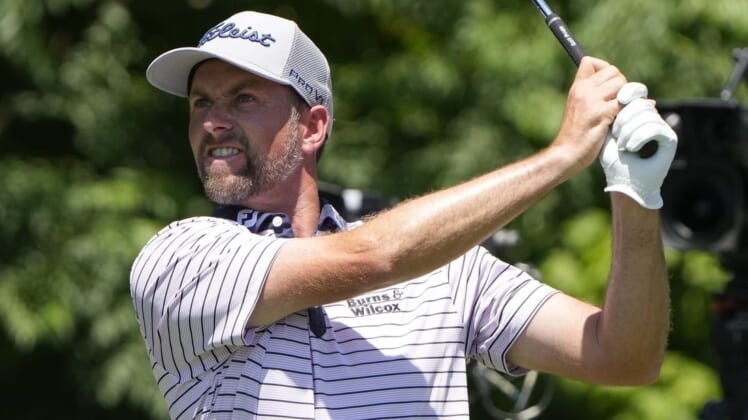 PGA TOUR
LAST TOURNAMENT: Travelers Championship (Xander Schauffele)
THIS WEEK: John Deere Classic, Silvis, Ill., June 30-July 3
Course: TPC Deere Run (Par 71, 7,289 yards)
Purse: $7.2M (Winner: $1.278M)
Defending Champion: Lucas Glover
FedExCup Leader: Scottie Scheffler
HOW TO FOLLOW
TV: Thursday-Friday, 3-6 p.m. ET (Golf Channel); Saturday-Sunday, 1-3 p.m. (Golf Channel), 3-6 p.m. (CBS)
PGA Tour Live: Daily feeds on ESPN+
Social Media: @JDClassic (Twitter)
NOTES: Only 49 of the top 125 players in the FedEx Cup standings are in the field this week. … This is one of five events included in The Open Championship qualifying series. The top three finishers within the top 10 who are not otherwise exempt will qualify for the 150th Open Championship at St. Andrews. … Zach Johnson, the 2012 winner who also serves on the tournament’s board of directors, will make his 20th consecutive start in the event. … Daniel Berger (injury) and three-time champion Steve Stricker withdrew this week. Stricker’s unrestricted sponsor exemption went to Morgan Hoffman, who lost his PGA Tour status after exhausting his major medical exemption. … Five of the past 10 event champions were first-time winners on Tour.
BEST BETS: Webb Simpson (+1400 at BetMGM) is among the top-ranked players in the field at No. 58. He has only one top-10 in 15 starts this season and is in the event for the first time since 2010. … Adam Hadwin (+1800) was the 18-hole leader at the U.S. Open earlier this month and his T7 there was his fifth top-10 this season. … Sahith Theegala (+2500) is coming off a T2 last week – his fifth top-10 of his rookie season. … Denny McCarthy (+2800) has four top-10s this season. He is also fifth on the PGA Tour in strokes gained putting this season and fifth with 303 birdies made. … Maverick McNealy (+3000) is No. 42 in the FedEx standings – second-highest in the field. He’s seeking his first victory on tour.
NEXT TOURNAMENT: Scottish Open, North Berwick, Scotland; Barbasol Championship, Nicholasville, Kent. (Both July 7-10)