Golf Glance: All eyes on PGA Championship at Southern Hills 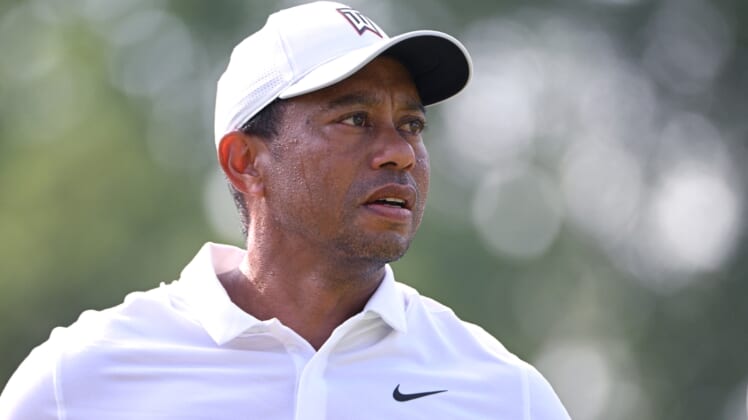 PGA TOUR
LAST TOURNAMENT: AT&T Byron Nelson (K.H. Lee)
THIS WEEK: PGA Championship, Tulsa, Okla., May 19-22
Course: Southern Hills, Tulsa, Okla. (Par 70, 7,556 yards)
Purse: TBD ($12M in 2021)
Defending Champions: Phil Mickelson
FedExCup Leader: Scottie Scheffler
HOW TO FOLLOW
TV: Thursday-Friday, 2 p.m.-8 p.m. ET (ESPN). Saturday-Sunday, 10 a.m.-1 p.m. ET (ESPN), 2 p.m.-7 p.m. (CBS)
PGA Tour Live: Daily feeds on ESPN+ beginning at 8 a.m. ET
Social Media: @PGAChampionship (Twitter)
NOTES: Mickelson is only the third defending PGA champion in the past 75 years not to defend his title while he continues an extended break from the PGA Tour. … Tiger Woods won the last time the event was held at Southern Hills in 2007. The course underwent a significant renovation led by Gil Hanse in 2018-19. Southern Hills played host to the 2021 Senior PGA Championship and was chosen as this year’s venue after the PGA of America pulled it from Trump Bedminster. The course’s two par-5 holes will each play longer than 630 yards this week. … Woods will tee it up for just the second time since severely injuring his leg in a February 2021 car accident. The 15-time major champion is a four-time winner of the Wanamaker Trophy. … Bryson DeChambeau is in the field after having taken a break since the Masters to heal from a wrist injury. … The field also includes 20 PGA of America club pros who earned spots via qualifiers. … Americans have won the past six PGA Championships.
BEST BETS: Scottie Scheffler (+1200 at BetMGM) has won four of his past seven starts, including the Masters, and won the 2015 Big 12 Conference Championship at Southern Hills. He shot a 64 in a recent practice round and called it one of his favorite courses. … Jon Rahm (+1200) leads the tour in strokes gained tee-to-green, off-the-tee and in greens in regulation this season. He’s coming off a win in his last start in Mexico. … Rory McIlroy (+1600) had not played Southern Hills before this week. Part of his preparation for the event was watching flyover videos. A two-time PGA champion, McIlroy is seeking his first major title since 2014. … Collin Morikawa (+2000) won in 2020 among two wins and five top-10s in nine career Majors. … Jordan Spieth (+2000) makes another attempt to complete the career Grand Slam while coming off a runner-up finish at the Byron Nelson. … Cameron Smith (+2200) is attempting to become the first player to win the Players and a major in the same year since Martin Kaymer (U.S. Open) in 2014. … Brooks Koepka (+4000) withdrew from last week’s event but is a two-time PGA champion who has not missed the cut in nine previous starts. … Woods is a +6600 longshot as he enters the tournament ranked 818th in the world.
NEXT TOURNAMENT: Charles Schwab Challenge, Fort Worth, Texas, May 26-29