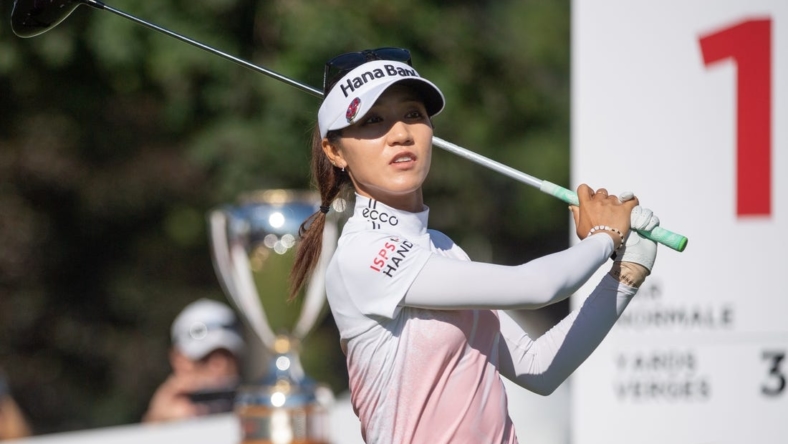 PGA TOUR
LAST TOURNAMENT: Houston Open (Tony Finau)
THIS WEEK: The RSM Classic, St. Simons Island, Ga., Nov. 17-20
Course: Sea Island Golf Club (Seaside, Par 70, 7,005 yards; Plantation, Par 72, 7,060 yards)
Purse: $8.1M (Winner: $1.458M)
Defending Champion: Talor Gooch
FedEx Cup leader: Seamus Power
HOW TO FOLLOW
TV: Thursday-Sunday, 1-4 p.m. ET (All times Golf Channel)
Streaming: Thursday-Friday, 7:30 a.m.-4 p.m. ET (ESPN+)
Twitter: @TheRSMClassic
NOTES: This is the final event of the PGA Tour’s “Fall Swing.” … Gooch will not defend his title after joining the LIV Golf series. … Finau withdrew on Tuesday due to an undisclosed injury. He had been the highest-ranked player in the field at No. 12. That distinction now goes to No. 26 Brian Harman. … All 16 PGA Tour members who live in the Sea Island area are in this week’s field. The best previous event finish among them was a solo third by Michael Thompson in 2011. … Zach Johnson is one of only two players along with Chris Kirk to have competed in every RSM Classic to date. … Robert Streb is the only two-time winner at Sea Island (2014, 2020). … Tournament host Davis Love III is making his 788th career start on tour. His only made cut in seven starts on tour last year with a 68th in this event. … Tour rookie David Thompson is the some of RSM Classic tournament director Todd Thompson and will be making his fourth start in the event.
BEST BETS: Harman (+1800 at BetMGM) has 25 top-10s since the start of the 2017-18 season, the most on tour among players without a win in that span. … Jason Day (+2200) is showing signs of becoming a factor again with four consecutive starts of T21 or better. … Power (+2200) is in excellent form, following up his first career PGA Tour title with a T3 last week. He finished T4 at Sea Island last year. … Taylor Montgomery (+2500) is coming off a T57, breaking a string of five consecutive top-15s to begin his rookie season. He is second on tour with 115 birdies made. … Davis Riley (+4000) has gone T21-T27 in his past two starts as he seeks the form from his breakout rookie season. … Justin Rose (+4000) was in contention last week before closing with a 72 to settle for T9. … Sahith Theegala (+4000) is still seeking his first win on tour, but he has knocked on the door numerous times. That includes a pair of top-6s this fall.
NEXT TOURNAMENT: Hero World Challenge, Albany, New Providence, Bahamas, Dec. 1-4

LPGA Tour
LAST TOURNAMENT: Pelican Women’s Championship (Nelly Korda)
THIS WEEK: CME Group Tour Championship, Naples, Fla., Nov. 17-20
Course: Tiburon Golf Club (Par 72, 6,656 yards)
Purse: $7M (Winner: $2M)
Defending Champion: Jin Young Ko
Race to the CME Globe leader: Lydia Ko
HOW TO FOLLOW
TV: Thursday-Friday, 3-5 p.m. ET (Golf Channel); Saturday, 4-7 p.m. (Golf Channel, tape delay); Sunday, 1-4 p.m. (NBC)
Streaming: Thursday-Saturday, 2-5 p.m. ET; Sunday, 1-4 p.m. (All times NBCSports.com, NBC Sports App and Peacock).
Twitter: @CMEGroupLPGA, #RacetotheCMEGlobe
NOTES: The top 60 players in the CME Globe points standings qualified for the event. All are in this week’s field for the 72-hole, no-cut tournament. … The top four players have a mathematical chance to win the season-ending award, with Lydia Ko leading Minjee Lee by one point and Brooke Henderson and Atthaya Thitikul by 20 each. Henderson and Thitikul needs to win and have Ko and Lee finish third or worse. … Ko and Lee are the only two who would win with outright victories this week. … Jin Young Ko set the tournament scoring record of 32-under 265 in beating Nasa Hataoka by one shot last year. … Lee leads the official money list with $3,759,835 in winnings this year. The top eight players are still competing for the title, and a record 22 players have already surpassed $1 million in earnings this year. … There has been one tie in history for the Player of the Year Award (So Yeon Ryu and Sung Hyun Park in 2017).