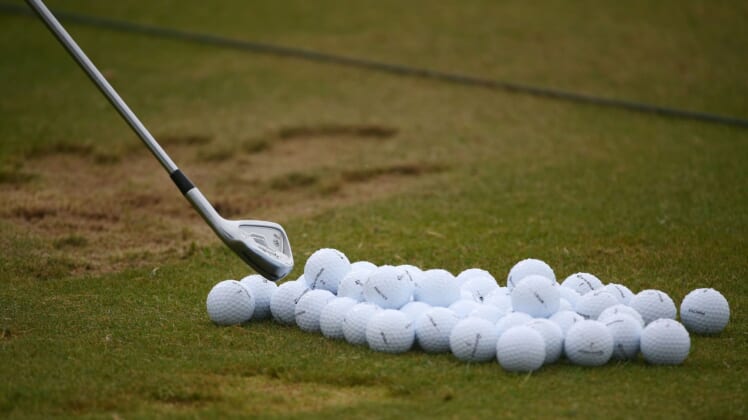 Those watching the Golf Channel for Sunday’s final round of the Sony Open might have seen a difference in the coverage. There was a good reason for that. Members of the video and audio production crew had walked out in a labor dispute.

”Golf Channel has been working on negotiating an agreement for nine months with a union that represents our live tournament technicians,” the network said in a statement, per golfchannel.com. ”Those efforts have not yet yielded a resolution, and we look forward to reaching a mutually agreeable contract. However, some technicians have chosen to walk off the job today. We have contingency plans in place, and will continue to deliver coverage.”

The coverage has resumed, but in a much smaller capacity than golf viewers — including Golden State Warriors star Andre Iguodala — have grown used to.

So yall ain’t have no replacement refs in place @GolfChannel ??? Y’all seent this coming didn’t y’all???

Gone were the on-course reporters and many of the close-up shots of the golfers. Coverage was limited mostly to what greenside cameras could pick up, with occasional cameras on tees, as well. Striker John G Boeddeker offered his input on Twitter.

It is true … We are not happy campers since the Golf Channel NBC Golf CANCELED our Health Insurance Coverage 6 months ago. Then they say we're a family.

If the strike is not resolved, it will impact next week’s PGA Tour coverage, as well.

“The strike involves only tournaments that Golf Channel produces,” the Golf Channel’s release said. “The network also produces the CareerBuilder Challenge next week in Palm Desert, California. CBS Sports produces the following week at Torrey Pines, where Tiger Woods plays on the PGA Tour for the first time in a year.”

Certainly, this is something that the Golf Channel wants resolved sooner rather than later.