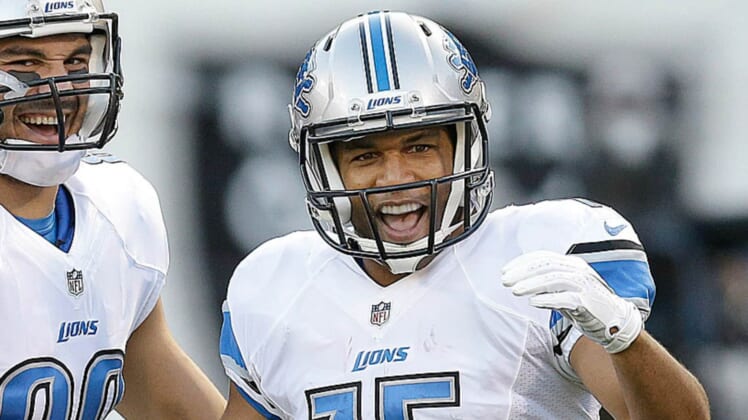 In the most aggressive NFL trade deadline we’ve seen in years, the Philadelphia Eagles made arguably the best move of the season acquiring wide receiver Golden Tate from the Detroit Lions.

Philadelphia came into the week desperately needing to address its weakness at wide receiver to be taken seriously as a playoff threat. The Eagles’ front office wisely balked at Amari Cooper’s asking price and ultimately made a better trade than the Dallas Cowboys did.

While Alshon Jeffery has played extremely well since his return, Philadelphia has been forced to rely on the likes of Nelson Agholor and Jordan Matthews to contribute in significant roles, and it hurt the pass-heavy offense.

The Eagles’ bye week comes at the perfect times as it allows Tate to arrive this week and have extended time to learn the team’s playbook and start to develop timing and chemistry with Carson Wentz.

Once Tate gets on the field, Doug Pederson’s offense will reach heights fans haven’t seen since 2017 when Wentz was an MVP candidate and the Eagles were destroying opponents on a weekly basis.

Pederson will likely move Tate around the field, spending time on the outside and in the slot as a possession receiver. According to NFL.com’s Next Gen Stats, Tate averaged 6.6 yards after catch per reception, thanks to his incredible ability to break tackles.

Golden Tate breaks a lot of tackles in the passing game. pic.twitter.com/tOOuGV3XIZ

The 30-year-old wideout remains an explosive playmaker after the catch and will find ways to get open in this offense.

While Philadelphia sacrifices a third-round pick in this scenario for half a season of Tate, it surpasses the value of a trade for Cooper because Tate is the better fit in this offense.

Once the Eagles start to get healthy in the backfield and along the offensive line, this offense should explode with a great quarterback and two excellent receivers he can rely on for big plays, and to move the chains.

The Eagles are back on the map in the NFC and will be a team to watch out for once they come out of their bye week.