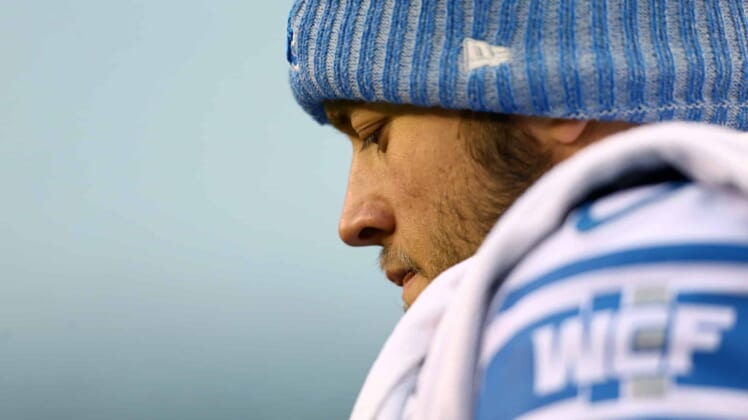 Suspended Jacksonville Jaguars wide receiver Jalen Ramsey is in the news once again, only this time he’s targeting opposing NFL quarterbacks rather than the local media.

“Matthew Stafford. I think he’s straight. I don’t think he the best quarterback out there,” Ramsey noted. “But he do what he gotta do.”

Doesn’t seem to be a major tossing of shade in Stafford’s direction, right?

His teammate, Golden Tate, seems to have other thoughts.

#Lions Golden Tate was asked about #Jaguars Jalen Ramsey downplaying Matthew Stafford.
Tate: "When's the last time they played us?"
Reporter: "Two years ago."
Tate: "And what happened?"
Reporter: "You guys won. Made him cry, too."
Tate, smiling and nodding: "Oh."

We have to hand it to the reporter here. Reminding Tate that Ramsey was seen on the bench crying after his Jaguars lost to the Lions back in 2016 is all sorts of great.

That game saw a vastly different version of the Jags drop a fourth consecutive outing in what would ultimately be a nine-game losing streak. For his part, Stafford threw for 278 yards en route to leading Detroit to a fourth quarter comeback.