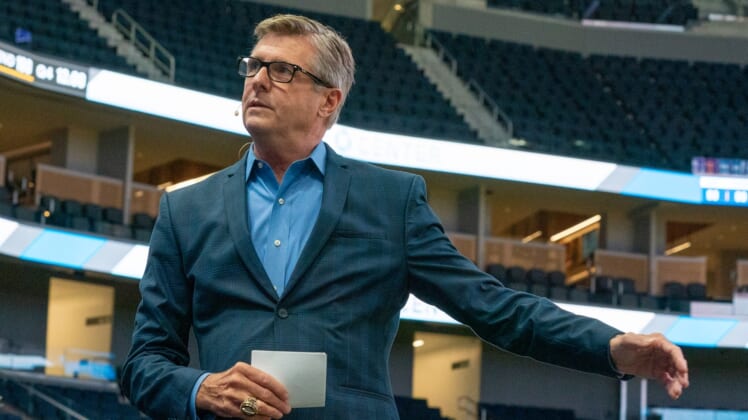 Golden State Warriors president and chief operating officer Rick Welts announced Thursday that he will step down from his role with the team at the end of the season.

Welts, who was inducted into the Naismith Memorial Basketball Hall of Fame in 2018, will remain with the organization as an adviser. The Warriors are expected to name a new president within the next week, per the team news release.

He has spent 46 years working in the NBA in a variety of capacities.

“This has been the ride of a lifetime,” Welts said. “To have had a front row seat to the growth of the NBA from where it was in the late 1960s to its place today as one of the most respected and successful leagues in sports on a global stage has been an incredible privilege. The first day I met (Warriors co-executive chairmen) Joe Lacob and Peter Guber, I wanted to be a part of building what I knew could be a special organization. We have the most talented staff in the industry, and we are poised for even greater success in the future. Personally, I am excited for my own next chapter.”

“Simply put, Rick Welts played a transformational role in creating the modern NBA during his more than 40 years as a pioneering league and team executive,” NBA Commissioner Adam Silver said. “His extraordinary vision, leadership and humanity have defined his Hall of Fame career, which has set the standard of excellence in the sports industry.

“I had the tremendous good fortune to learn about the business of the NBA and its teams directly from Rick in my early years at the league office and have always appreciated his friendship and generosity. As he transitions into his next endeavor, I have no doubt that Rick will continue to leave his mark on the game and the greater sports business.”

In 2011, Welts became the most prominent sports executive to publicly announce he was gay.