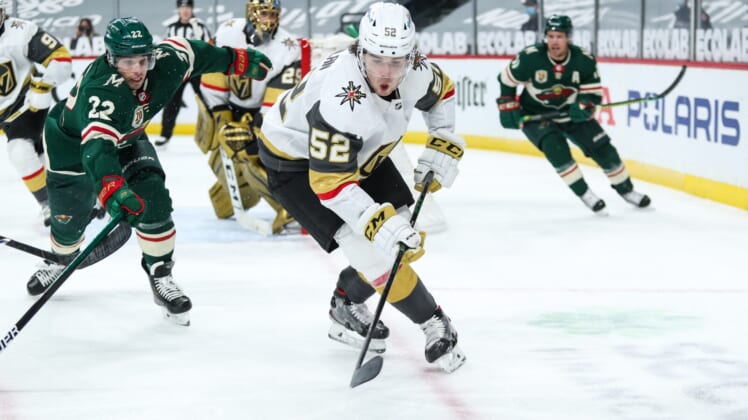 The Vegas Golden Knights have re-signed Dylan Coghlan to a two-year deal worth $762.5k per year. Coghlan is 23 years old and appeared in 29 games last year in what was his rookie season. He managed to score three goals and record three assists for a total of six points over that time frame.

Prior to his time with the Golden Knights last season, Coghlan spent two years as a professional in the American Hockey League with the Chicago Wolves. The undrafted Coghlan eventually impressed the Golden Knights enough to be offered a contract and now he has an extension that will likely keep him in the NHL due to the fact that he will require waivers to be sent down.

What now for the Golden Knights?

The re-signing of Coghlan is a step forward for Vegas who now only have one restricted free agent left to sign. That is the newly acquired Nolan Patrick and getting a deal done with him will be important as it will be a boost to the Golden Knights’ center depth.

In the meantime, Coghlan can prepare for training camp which is approaching quickly and get ready to help the the team make another push for a deep playoff run.