PREVIEW: Golden Knights on the brink of elimination in Game 6 against Canadiens 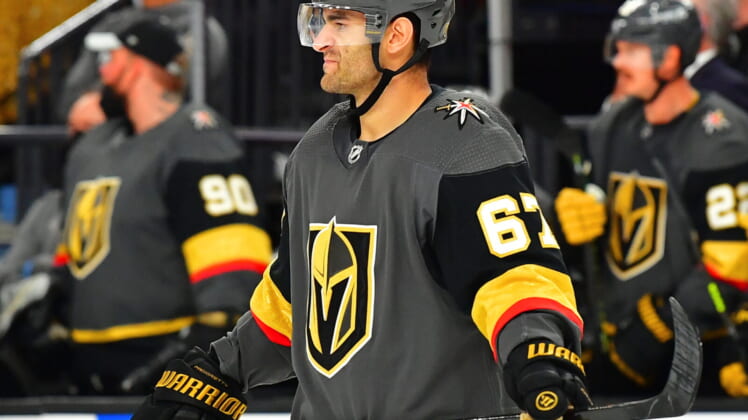 When the Vegas Golden Knights take the ice on Thursday night against the Montreal Canadiens, they will be playing for their season and their dreams of returning to their second Stanley Cup Finals in just their fourth season as an NHL franchise. It will be the second game – and series – the Golden Knights have played in this season where they face the threat of being eliminated, but this will be the first where even if they win, they will need to do it again.

After beating the President’s Trophy champion Colorado Avalanche in the second round, the Golden Knights have faltered against the Canadiens. Their vaunted offense, powered by multiple talented lines that could score, has run dry as the Canadiens have managed to play great defensive hockey, effectively stymying any offensive strategy Peter DeBoer has thrown at them.

While some fans and media members may try to use the goaltending situation as an excuse for the position the Golden Knights are currently in, that couldn’t be further from the truth as the problems are with the forwards and the goal-scoring.

The last two games have been especially disheartening for the Golden Knights as their offensive struggles have only gotten worse. Goals are expected to be hard to come by when you face a goalie like Carey Price, but the Golden Knights have failed to get even a respectable amount of scoring chances over the last 120 minutes of play.

While credit must be given to the Canadiens for retaining their structure and shutting things down on the ice, at some point, the onus is on the Golden Knights to play their brand of hockey and score goals, no matter who the opponent is. Figuring out a way to do that will be the only way the Golden Knights manage to advance to the Stanley Cup Finals.

With two good goalies on the roster, it was inevitable that head coach Peter DeBoer was going to face some tough decisions at some point during this run. Thus far through this series, Marc-Andre Fleury has started four games and Robin Lehner just one, though Lehner was spectacular in his start.

While some fans and media members may try to use the goaltending situation as an excuse for the position the Golden Knights are currently in, that couldn’t be further from the truth as the problems are with the forwards and the goal-scoring. Instead, both goalies have played relatively well even including Fleury’s blunder that led to a Game 3 loss.

Lehner seems to be getting the start for tonight and he will look to recreate the performance he had in Montreal during Game 4. In that game, he made multiple huge saves despite the Golden Knights being heavily outplayed.

“He proved he was a great goalie for us in Game 4 and hopefully he can tonight too, ” said forward Tomas Nosek.

It’s clear by now that most of the Golden Knights’ issues in this series have stemmed from their inability to score but what has been more shocking than anything is the fact that the biggest names have been completely neutralized. Captain Mark Stone has yet to record a point and other players such as Max Pacioretty, Alex Tuch, and William Karlsson have had similar struggles.

These players are getting some of the highest salaries on the team but when the Golden Knights have reached the largest stages, these players haven’t been producing at an acceptable level. Why this happens is still unclear but it only takes going back to last season to find more examples of the most expensive players not showing up when it matters most.

Of course, there are still two crucial games left where Stone and the rest could show up in a big way and silence this noise.

However, the Golden Knights have their backs against the wall because of this concerning trend and you can be sure that if they’re eliminated tonight, management will take action to make sure it doesn’t happen again.