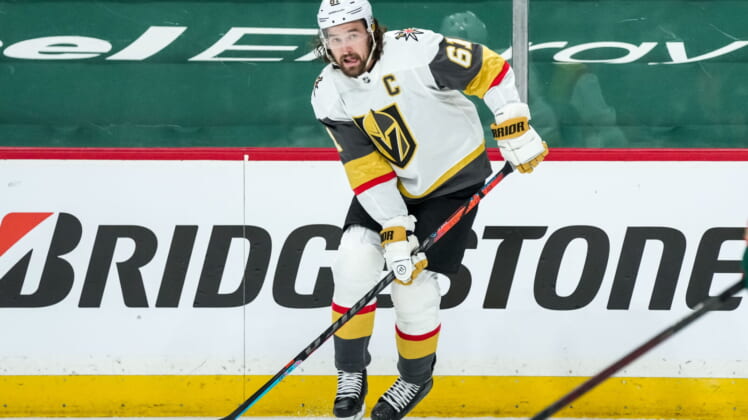 Vegas Golden Knights forward Mark Stone was announced as one of three finalists for the Selke Trophy on Sunday morning. The trophy is handed out annually to the “forward who demonstrates the most skill in the defensive component of the game.” The other two finalists named alongside Stone are Aleksander Barkov from the Florida Panthers and Patrice Bergeron from the Boston Bruins.

Stone was named the first captain in Golden Knights franchise history earlier this year in January. He’s one of the best two-way players in the league and has been a devastating force on both ends of the ice ever since he arrived in Vegas after a trade with the Ottawa Senators in 2019.

While defensive ability can be hard to quantify in hockey, Mark Stone has developed a reputation as one of the most responsible forwards in the league. He has done this through quality play over many years, not making many mistakes and thwarting the opponent’s attacks over and over again. He is especially known for his strong use of his stick, a tool he uses to bat pucks out of mid-air and tie up opposing players.

The winner of the Selke Trophy will named sometime during the Stanley Cup semifinal or Stanley Cup final at a date that has yet to be announced.