VEGAS PLAYOFFS: Golden Knights control the puck, yet loss 4-2 to the Wild 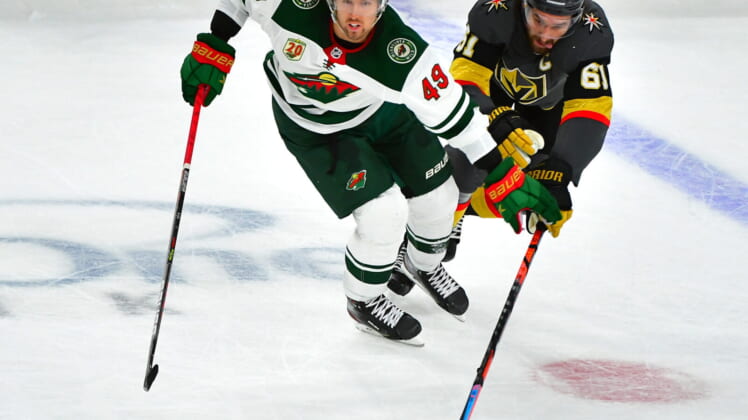 The Vegas Golden Knights had yet another chance to close out a playoff foe at home, in front of a raucous crowd, but couldn’t capitalize on a barrage of shots that just couldn’t find the net.

Despite outshooting them 40-14, the Vegas Golden Knights fell to the Minnesota Wild by a score of 4-2 on Monday night as the home. For long stretches of the game, the Wild couldn’t muster any offense at all, failing to cross into the Vegas zone, yet they still managed to pull out the win thanks to a few early goals.

Now, the Golden Knights have two games left where all they need to find is one win. The Wild are too good of a team to lose four straight in the playoffs and Vegas knew they were going to be in a dogfight. Now we are here and we will get to see which team is more prepared. 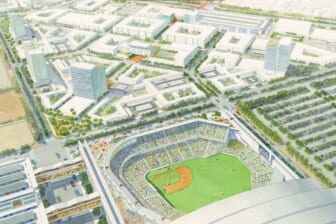 While the Golden Knights have gotten off to slow starts so far throughout these playoffs, their second periods have been sublime. Tonight’s game was another example of a beastly second period as the Golden Knights played flawless hockey. Their domination was so thorough that they managed to control 98.38% of the xG in all situations, as well as outshot the Wild 22-1.

During that period, the Golden Knights looked like a Stanley Cup-winning team as they excelled in all facets of the game. While the final result was only one goal — scored by Alec Martinez on the powerplay — the fact that Vegas imposed their will to such a large degree was very encouraging. With a little more puck luck, the score might’ve better reflected their domination.

“I think if we come with the same effort we’ll get a different result,” said captain Mark Stone “but we can’t be down 3-1 after the first period. It finally cost us”.

This was another example of the finishing issue that the Golden Knights have been exhibiting over the past few years, but with that level of dominance, there isn’t much more you can do. The return of Max Pacioretty looms on the horizon and should offer a solution to some of these problems.

Back to Minnesota for Game 6

The Golden Knights won both Games 3 and 4 in Minnesota, yet historically they haven’t performed well in that building. With tonight’s loss, they now have to return to the Wild’s home and attempt to steal a third straight game on the road. If they fail to do that, they have now allowed the Wild to push the series to a do-or-die Game 7 where anything can happen.

Winning three of three games on the road would be a very impressive feat but it’s what the Golden Knights need to do if they want to avoid a Game 7. This is the NHL where anything can happen on any given night. The Golden Knights have already shown a trend of dominating play but failing to capitalize on the scoreboard and if that were to happen in Game 7, they will lament the fact they ever let the series get there.

“We had an opportunity tonight, we worked hard, didn’t get it done,” commented head coach Peter DeBoer. “We’ll regroup and look to get it done in Game 6.”

An inability to finish by Vegas

The shots were lopsided, the scoring chances were lopsided, and just about everything else was lopsided in favor of the Golden Knights yet they still couldn’t score. Going back to their series against Vancouver last season, the Golden Knights have shown a concerning inability to finish. However, head coach DeBoer isn’t as worried about the results as one might think.

Still, the Golden Knights are going to need to find a way to solve this issue before it compounds into something larger. One positive sign was some strong play with the man advantage tonight, including a goal by Alec Martinez. If the powerplay can get hot moving forward it will solve lots of their goal-scoring issues.

In the meantime, the Golden Knights will just need to continue plugging away. They have been excellent defensively, with tonight’s first period a small bump in the road, and can win low-scoring hockey games. While they might be able to hold the Wild to only a few goals, that will be much harder in a potential matchup against the Avalanche next round.

Game 6 is scheduled for Wednesday night at 6pm PDT as the Golden Knight head back to Minnesota.