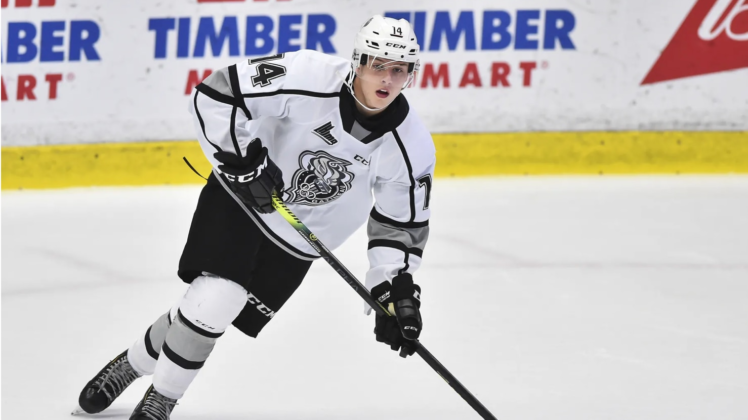 The Vegas Golden Knights wrapped up their 2021 NHL Draft on July 24th. They made six different selections over the entirety of the two-day event, adding some promising players to their prospect pool. The Golden Knights ended up making two trades on day two of the event, both being with the Detroit Red Wings.

Because of their success last season, the Golden Knights picked late in this year’s draft. Their first-round pick was 30th overall and they used it on Zach Dean, a forward that played last season in the QMJHL with the Gatineau Olympiques.

Dean scored 20 points in 23 games last season. He can play center or wing and is an impressive playmaker, someone with a high degree of skill that he uses while skating at full speed.

Chayka played in a few different Russian leagues last season at a variety of levels. He brings good skating for his size and is very solid defending the rush. He was ranked as the fifth-best European skater by NHL Central Scouting.

After the first two rounds, the Golden Knights made four more selections. The first of those came in the fourth round when the team dealt the 114th and 155th overall selections for the 102nd. With that pick, they selected Jakub Brabenec, a center from the Czech Republic.

Brabenec is one of the youngest players in the draft as he has yet to turn 18. While he only scored 1 point in 23 games this past season, that was playing against men in the top Czech league.

The Golden Knights would select another Jakub in the fourth round, picking Jakub Demek with the 128th overall selection. He stood a staggering 6’4 and was selected in the CHL import draft by the Edmonton Oil Kings.

The Golden Knights finished their draft by selecting defenseman Artur Cholach in the sixth round and goalie Carl Lindbom in the seventh.

Cholach was the third overall selection in the CHL import draft and is the first Ukrainian player to be drafted since 2007. Lindbom was ranked fifth on the NHL Central Scouting list for European goalies. He’s a smaller goalie that relies on quickness and tracking skills to make stops.

Overall, the Golden Knights lacked the selection near the top of the draft needed to add a player who could make an immediate impact. Instead, they added depth to their prospect pool through a couple of strong selections. While the return on investment with these players will likely take at least a couple of years, Golden Knights fans now have a few more prospects they can follow and cheer on.