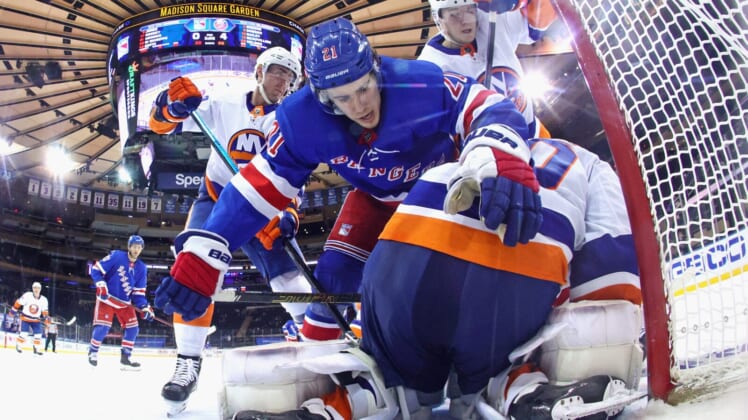 In another Saturday trade, the Vegas Golden Knights acquired forward Brett Howden from the New York Rangers for Nick DeSimone and a fourth-round draft pick. Howden is a 23- year-old center who has played on the Rangers for the entirety of his professional career.

In terms of what was given up, DeSimone is a defenseman who has yet to see an NHL game. He has spent his time in the AHL playing with the San Jose Barracudas and Rochester Americans. He had 11 assists in 22 games with those two teams this season.

Howden’s best season in the NHL came in 2018-19 when he had 23 points in 66 games as a rookie. Since then he has yet to match that same level of production. However, he’s a useful depth piece that didn’t cost the Golden Knights too much to acquire.

The Golden Knights lost in the conference finals to the Montreal Canadiens, leaving a number of questions for the front office on how to get back to the Stanley Cup playoffs.