Gold medalist Monica Puig out of Olympics with injury 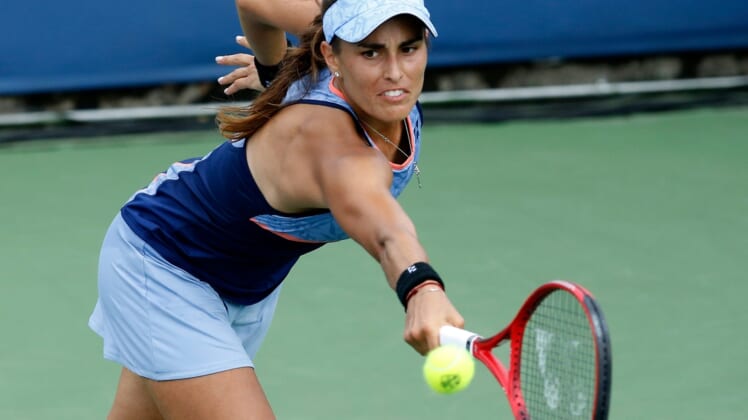 Monica Puig returns a shot in the second set during the Western & Southern Open match between Monica Puig and Yafan Wang at the Lindner Family Tennis Center in Mason, Ohio, on Tuesday, Aug. 13, 2019. Wang advanced with a 3-6, 7-5, 6-3 win.Monica Puig Vs Yafan Wang Western Southern Open

Defending Olympic tennis champion Monica Puig announced Sunday her season is over due to shoulder surgery, causing her to miss the upcoming Tokyo Olympics.

“About a week ago I underwent a second shoulder surgery to repair my rotator cuff and my biceps tendon,” Puig said on social media. “This puts me in a very difficult position and having to sit out the Tokyo Olympics this year. It is very difficult and with a heavy heart that I took this decision.”

At the 2016 Olympic Games in Rio de Janeiro, Puig became the first athlete from Puerto Rico ever to win a gold medal.

Since she underwent elbow surgery in December 2019, Puig has played just three matches.

“I am in very good spirits and although I will be missing the rest of this season I’m already looking forward to returning to the courts in 2022,” she said Sunday.