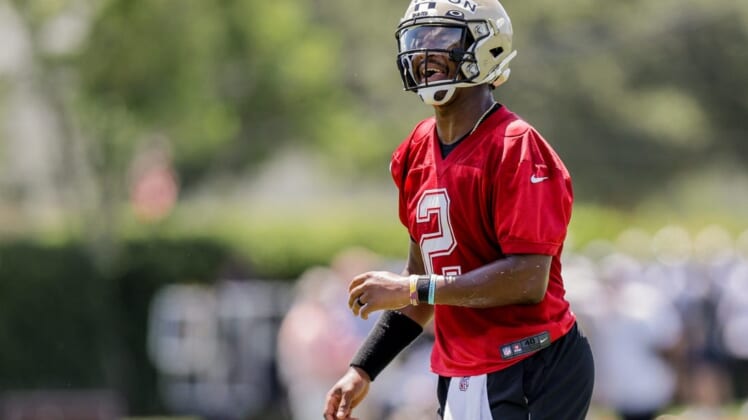 Most of the names and faces will be familiar, bringing the chance to lean into continuity in 2022 with new coach Dennis Allen, whose previous head coaching tenure with a shaky roster in Oakland was less than successful.

The Saints offense was a mess of injuries and inconsistency in ‘21 in the wake of Drew Brees’ retirement. The team leaned into the running game, as well it should have, given the absence of Brees and eventually Jameis Winston (following an ACL tear), not to mention lead wideout Michael Thomas, who sat out the entire season. Now Thomas and Winston are back, and the Saints added Jarvis Landry in free agency to go along with Chris Olave in the first round of the draft. Clearly, there are reasons for optimism surrounding the passing game that weren’t around a year ago. The two biggest offseason losses, Marcus Williams and Terron Armstead, were addressed in free agency (Marcus Maye) and the draft (Trevor Penning), respectively.

Atlanta sprang a 27-25 upset in New Orleans on Nov. 7, but the Saints rebounded to win 30-20 in the season finale in Atlanta Jan. 9, and the Falcons are now entering the post-Matt Ryan era with significant quarterback uncertainty.

–EIGHT IS GREAT
The Saints have finished above .500 for five straight seasons, a run which was proceeded by three straight 7-9 seasons. Last year — even with Brees’ retirement, all of the injuries and a five-game losing streak — still resulted in a 9-8 finish. Allen adds an element of risk to the equation, but this roster, when healthy, is double-digit win quality. Draft Kings’ over-under of 8 represents the best option for believers in the over as most other services have the line at 8.5 or 9.5.