Goals to be at premium when Fire meet D.C. United 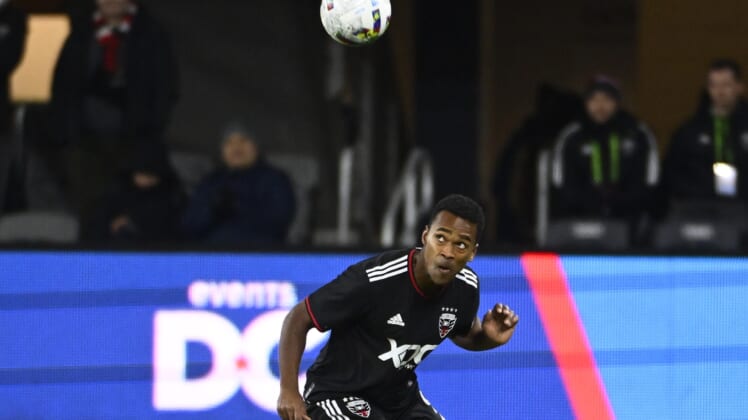 The Chicago Fire are off to a strong defensive start, but remain in search of their first goal of 2022.

Finally achieving that likely won’t come easy against a D.C. United side that’s playing well on both ends of the field.

Off to a historic defensive start, United looks to open with three straight victories for the first time since 1999, when they play host to the Fire on Saturday night at Washington.

It marks a pairing of teams that have yet to concede a goal in 2022.

For the first time in club history, D.C. (2-0-0, 6 points) has started the season with back-to-back shutouts. After rolling to a 3-0 win over expansion Charlotte FC, Ola Kamara converted a 98th-minute penalty kick for a 1-0 victory at FC Cincinnati last weekend.

United is looking to open 3-0-0 for the fourth time in franchise history.

“We’re having the best start to a season since 1999, so that’s pretty huge,” midfielder Griffin Yow said. “We’re not satisfied, and we want more. I’m definitely proud, and we’re building off it.”

The Fire (0-0-2, 2 points) have not scored or conceded a goal to open the 2022 campaign. The 2015 Colorado Rapids are the only MLS team ever to accomplish that feat in each of their first three contests.

Chicago will also try to avoid opening without a win in its first three matches for a second consecutive season. Last season, Chicago did not earn a victory until its sixth game.

The Fire recorded 27 total shots and seven on target versus Orlando City SC and Inter Miami CF, with Kacper Przybylko and Stanislav Ivanov each posting two on goal.

“We’re creating chances, but (now) we’ve got to bury those chances,” Fire coach Ezra Hendrickson said. “(The goals) have to come at some point. What a better time than against D.C.”