GM: Mike Yeo will not coach Flyers next season 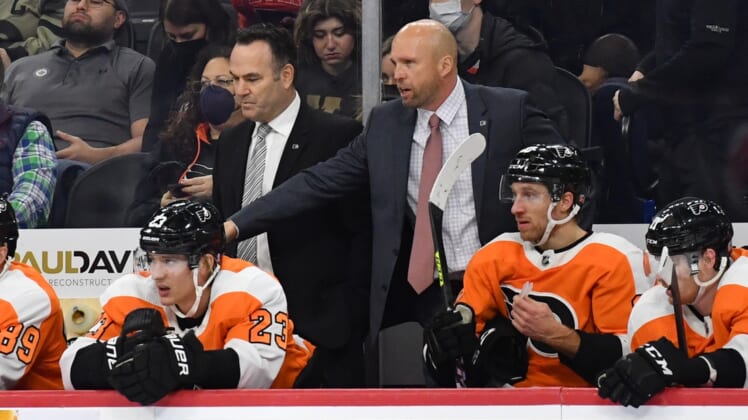 Mike Yeo will not be the coach of the Philadelphia Flyers next season, general manager Chuck Fletcher announced Tuesday.

“I met with Mike (on Monday) and advised him he won’t be our head coach for next season,” Fletcher said.

Yeo, 48, was named the team’s interim head coach on Dec. 6 after Alain Vigneault was fired following the Flyers’ 8-10-4 start to the season.

Philadelphia posted a 17-36-7 record under Yeo’s watch. The Flyers finished last in the Metropolitan Division, while their 61 points were the fourth fewest in the league behind the Montreal Canadiens (55), Arizona Coyotes (57) and expansion Seattle Kraken (60).