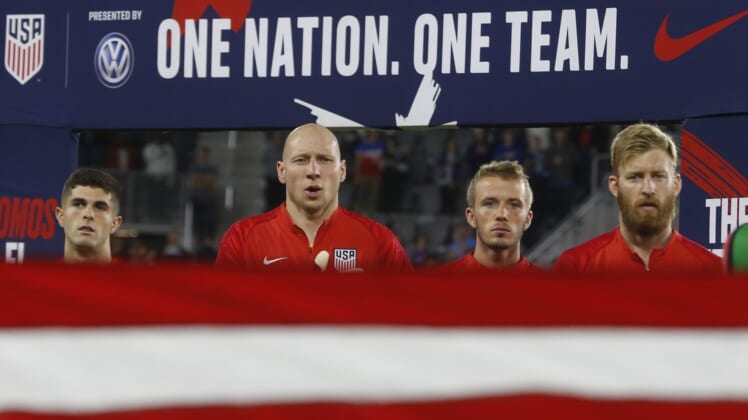 Gio Reyna and Christian Pulisic scored Sunday as the U.S. men’s national team ran its unbeaten streak to nine with a 2-1 victory against Northern Ireland in Belfast.

Reyna made it 1-0 in the 30th minute and Pulisic scored on a penalty kick in the 59th. Niall McGinn made it 2-1 when he scored from a tight angle in the 88th minute.

Zack Steffen made two saves for the U.S., which earned its first win against a European opponent in Europe since June 10, 2015, against Germany.

Reyna scored his second goal in four international appearances with some luck.

Unmarked after a pass from Tim Ream, Reyna ripped a shot from 25 yards that deflected off Northern Ireland defender Conor McLaughlin.

Steffen kept the lead with a lunging save on a strike from outside the box by Shayne Lavery just before halftime.

Pulisic drew the penalty when he was tripped by Danny Ballard. He scored his 15th goal in 36 U.S. matches with a low shot to the right side.

This was just the second meeting between the two squads. Northern Ireland won 5-0 in Belfast on Aug. 11, 1948.

Coupled with a 4-1 victory against Jamaica on Thursday, the U.S. completed the March international window and is moving toward a busy summer and early autumn with the final four of the inaugural CONCACAF Nations League in June. That will be followed by the Gold Cup in July. CONCACAF World Cup qualifying starts in September.

Defender Bryan Reynolds, 19, entered at the start of the second half to become the 44th player to debut for the USMNT since coach Gregg Berhalter’s tenure began December 2018.