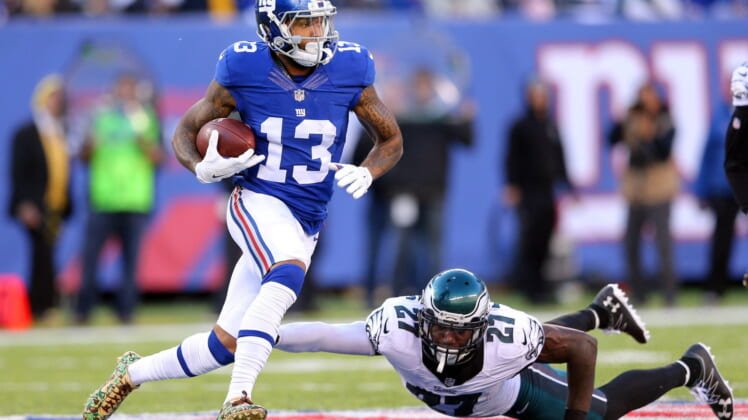 Giants general manager Dave Gettleman said on more than one occasion that the team was not looking to trade OBJ. The latest comment from the now-embattled GM came during the recent NFL Scouting Combine.

Apparently, that was all smoke and mirrors. According to multiple media reports, the Giants were actively shopping OBJ.

I’m hearing it was the #NYFootballGiants who contacted the #Bills to gauge their interest in OBJ.

Not the other way around.

NFL Media’s Ian Rapoport all but confirmed this.

They called several teams with their offer to shop it around.

Given that New York received below-market value for Beckham Jr., it seems that the market wasn’t necessarily strong for the star pass catcher. Ultimately, New York moved Beckham Jr. to the Cleveland Browns for a first and third-round pick as well as safety Jabrill Peppers.

This isn’t a haul indicative of a player that was on a record-setting career pace before an injury-plagued 2017 season.

In any event, the Giants are turning into an utter laughingstock. This recent reports magnifies that even more.