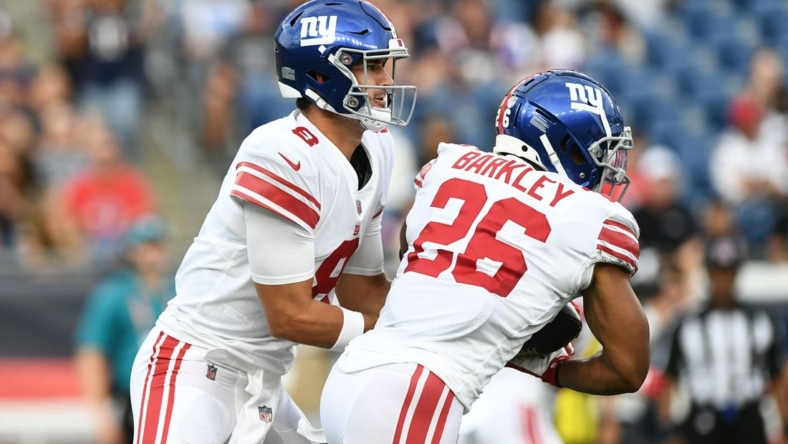 The New York Giants will discuss contract extensions for Daniel Jones and Saquon Barkley during their bye week.

The Giants (6-2) had their four-game winning streak snapped with Sunday’s 27-13 loss at Seattle, but have already matched their highest season win total since going 11-5 in 2016.

Jones, 25, was a first-round pick (sixth overall) in 2019 and has completed 63.1 percent of his passes this season for 1,399 yards with six touchdowns and two interceptions in eight starts.

Barkley, 25, was a first-rounder (second overall) in 2018 and currently is second in the NFL with 779 rushing yards. He has five rushing touchdowns and 28 catches for 189 yards in eight games.

“We’ll kind of circle up with some strategy meetings as we move forward on contract extensions and if we may or may not do anybody,” Schoen said. “If I did, this would be the week. I would want to entertain it during the bye week, and then I probably won’t do anything after that. I don’t want anything to be a distraction to the players or organization. So, if we do something, it would be probably before Monday with any of our guys.”