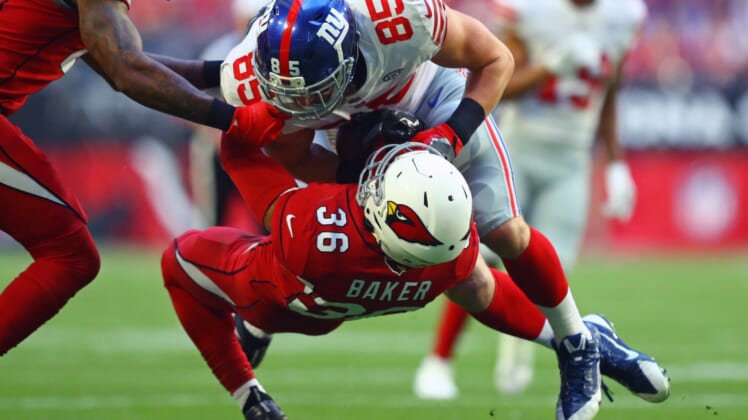 New York Giants tight end Rhett Ellison announced his retirement after eight seasons in the NFL, including the last three with the Giants.

The 31-year-old suffered a concussion on Nov. 10 against the New York Jets and was unable to return for the remainder of the season. Ellison was nearing a return from his head injury before Week 16, but a setback with his head injury sidelined him for the rest of the year.

Ellison finished his career with 1,189 receiving yards and seven touchdowns in 113 games. The veteran’s best season came in 2018 when he hauled in 272 receiving yards on 25 receptions.

Following his retirement, the Giants will create nearly $5 million in cap space for the 2020 season.