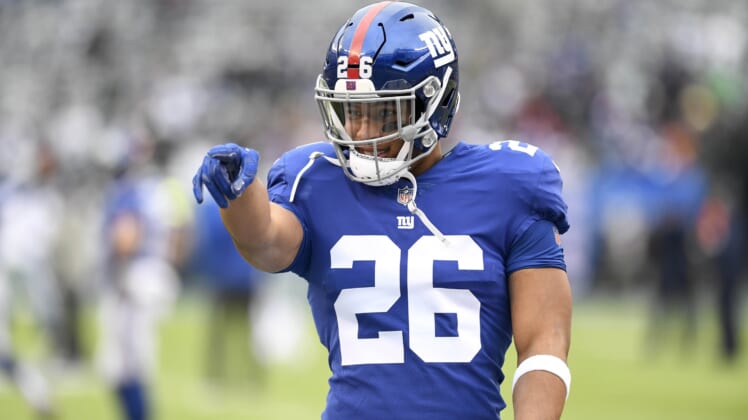 Unfortunately, that might not be the case. Barkley left Sunday’s game against the Tampa Bay Buccaneers with a foot injury and was seen on the sideline in a walking boot.

This came after the reigning NFL Offensive Rookie of the Year put up just 37 yards on 12 touches.

The injury appeared to have happened on this play.

That’s not good at all.

Let’s hope this injury isn’t as serious as it seems.