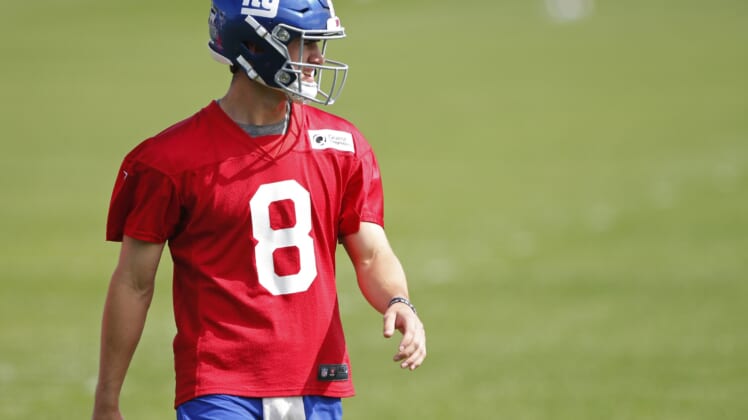 The New York Giants might in fact have a quarterback competition on their hands this summer.

Rookie No. 6 overall pick Daniel Jones has looked tremendous during the early stages of camp.

That continued during Thursday’s practice with Jones completing 11-of-14 passes in 11-on-11 drills, including two long bombs.

Teammate Sterling Shepard also noted that Jones is “tearing it up” during camp.

The video evidence backs this up in a big way.

Veteran Eli Manning will likely get the Week 1 start. But with a strong remainder of camp and the preseason, we would not be surprised if Jones puts some pressure on him. That’s for sure.