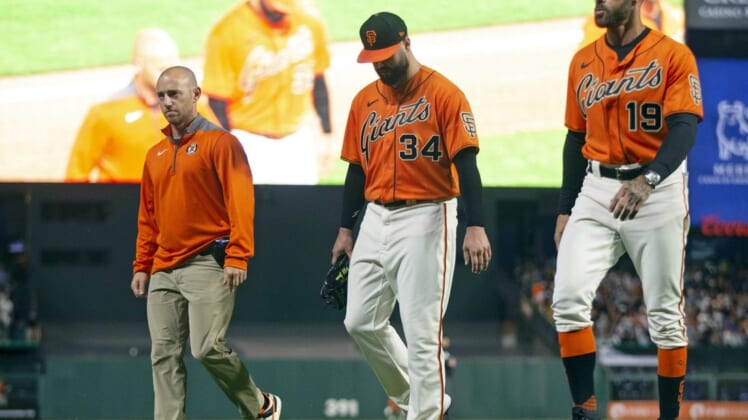 The San Francisco Giants placed right-hander Jakob Junis on the 15-day injured list on Saturday, one day after he sustained a left hamstring strain while pitching against the Los Angeles Dodgers.

Junis was pitching in the sixth inning on Friday night when he grabbed the hamstring after throwing a pitch to Max Muncy. The trainer came out to examine him and he departed the contest.

Giants manager Gabe Kapler said before Saturday’s game against the Dodgers that Junis was diagnosed with a Grade 2 hamstring strain during an MRI exam.

Junis allowed two runs and five hits in five-plus innings while winning his second straight decision. He struck out five and walked one in San Francisco’s 7-2 victory.

San Francisco recalled outfielder Heliot Ramos from Triple-A Sacramento in a corresponding move. Ramos was 2-for-9 in five games with the Giants earlier this season.