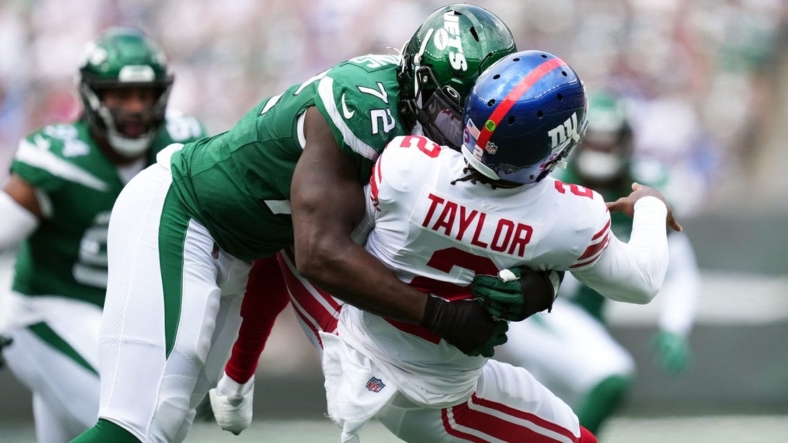 The Giants later ruled Taylor out for the remainder of the game.

Taylor was hit as he threw a complete pass to tight end Daniel Bellinger during the first quarter. After struggling to get up, he eventually jogged off under his own power, but he rode a cart to the locker room after being evaluated under the medical tent.

Taylor is the second-string quarterback on New York’s depth chart behind Daniel Jones. He started the preseason finale and completed 2 of 4 passes for 29 yards with one interception before exiting.