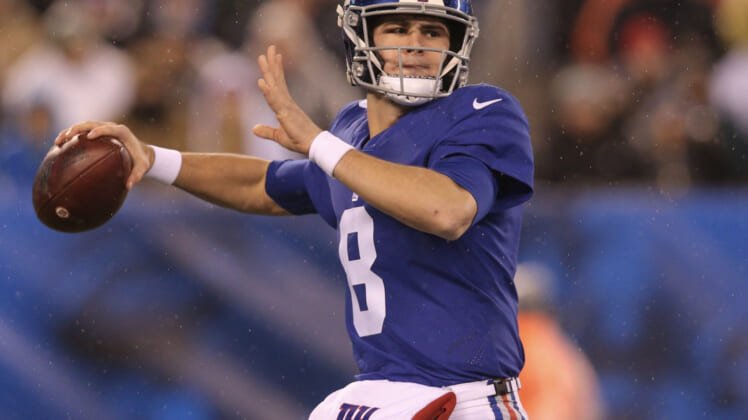 Daniel Jones’ statement on racism comes with a ‘commitment’

Jones, 23, shared that he “proudly” stands with his “brothers” on the Giants “and the entire black community in support of the Black Lives Matter movement to end systemic racism.”

Then, he made a commitment.

“I know this is complex, and I certainly don’t have all of the answers, but I am determined and motivated to do what I can to ask the right questions and work with others to drive change on this issue,” Jones wrote. “I acknowledge the fact that I will never truly understand how it feels to be on the receiving end of racial injustice, but I am committed to listening, learning, and taking action to stand up for others and make a difference in my community and in this country.”

Jones seemed to understand that some might question why he only now has issued a statement. He addressed that head on by acknowledging “that posting on social media is usually not my first instinct about how to express myself.”

First-round pick a year ago, Daniel Jones is now a leader for the Giants

Jones shared that he “felt that listening and talking with teammates and friends was important as a first step.”

Now, he’s taken another step. As the starting quarterback for one of the most prestigious franchises in the NFL, Jones has been thrust into the spotlight as a leader. Big steps for a kid who played his college days at Duke — where basketball is the thing.

It seems he’s learning to embrace that challenge. Coming out with a statement supporting his teammates and the Black Lives Matter movement, then making a commitment to the community, are important first steps.