Even if you are a Philadelphia Eagles fan, you have to find this somewhat hilarious. New York Giants cornerbacks Prince Amukamara and Dominique Rodgers-Cromartie posed with a fan that was wearing an Eagles jersey with the number zero (to represent the amount of Super Bowls the Eagles have won) stitched on the back (h/t Yahoo Sports). 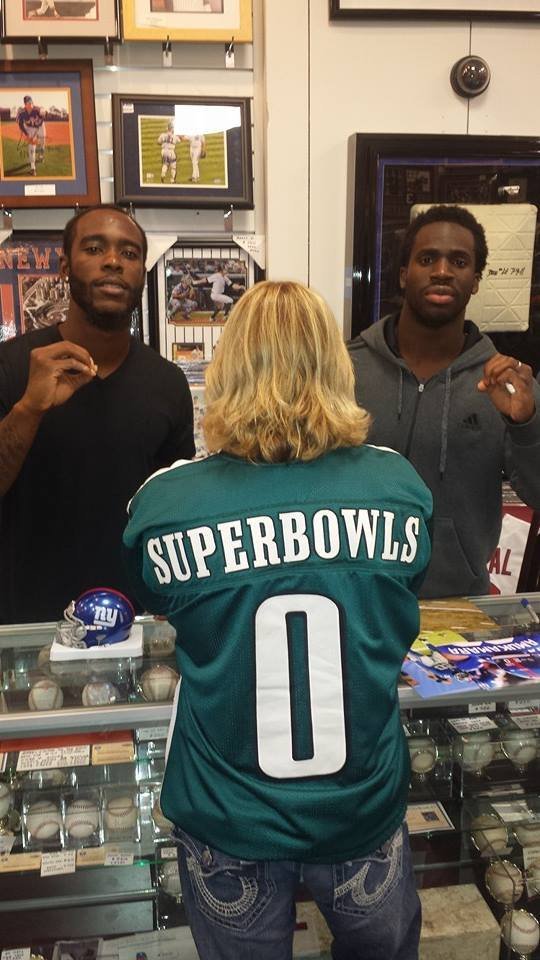 Eagles running back LeSean McCoy was asked about the photo, to which he responded…

Philadelphia and New York take on one another in an important divisional matchup on Sunday Night Football. There has been a ton of talking between players on the two teams in the week leading up to the game. This only adds more to a rivalry that is considered one of the most heated in the NFL.