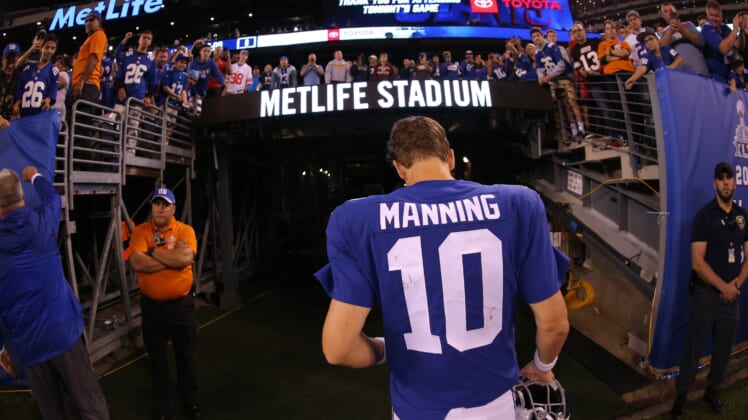 While Eli Manning is doing well in some areas, he clearly has a lot of work to do in others. And at least some of the New York Giants are all too aware of this.

Jordan Raanan of ESPN cited multiple Giants who have grown frustrated with what Manning is doing under center.

“Behind closed doors, several Giants players have expressed frustration with Manning’s performance, according to sources,” Raanan said. “One player specifically commented recently about Manning’s inability to do anything against Cover 2 and zone defenses.”

In some ways, Manning is actually having a good year statistically.

Through five games, he has a 96.6 passer rating, which is a career high. He’s also completed 71.7 percent of his passes. If that holds, it would shatter his previous career high of 63.1. Manning is also on pace to throw for 4,419 yards, which would be the third-best total of his career.

But some of Manning’s other stats tell another story. While he’s thrown only three interceptions, Manning also has only six touchdown passes.

Additionally, per Raanan, “Manning is 32nd in the NFL with an average of 10.31 yards per completion. He’s 27th with a touchdown on 3.2 percent of his pass attempts. His 7.02 air yards per attempt put him 29th among quarterbacks.”

And this is with a supporting cast of skill players that are arguably better than any he’s ever had.

So we certainly understand why some of Manning’s teammates are reportedly frustrated in his performance. He has a lot of work to do.